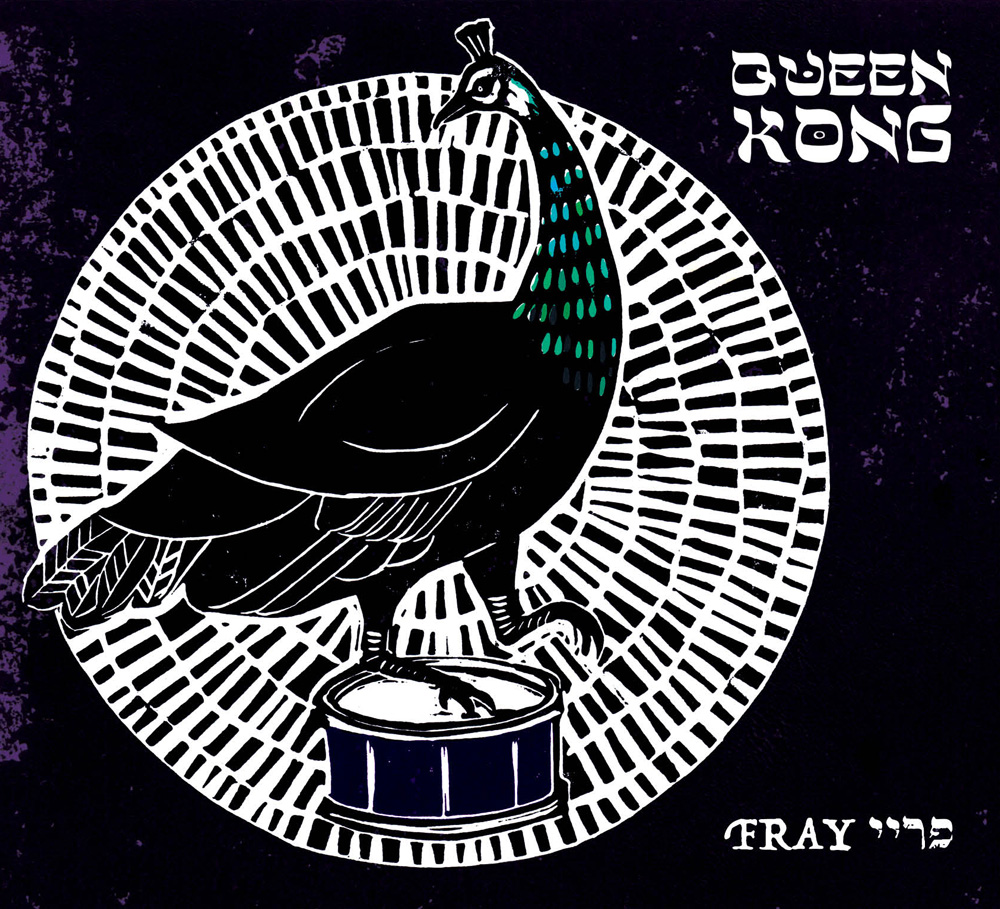 Led by drummer and composer Lorie Wolf, Queen Kong is a band of klezmorim informed by a wide range of musical styles: the band members’ collective CV spans Balkan punk, hip-hop brass, classical ensembles, reggae, traditional jazz, and Brazilian psych-rock. Their collective experience fills a deep niche: it is music clearly sprung from the world of klezmer, but with migratory flight paths to destinations yet to be determined. Queen Kong’s uniting musical influence is rooted in radical Jewish culture, drawing from a set of disparate musical influences, including John Zorn’s Masada and Bar Kokhba, Hasidic New Wave and Naftule’s Dream.

To be thrown into the fray is to enter into an intense situation without notice. Fray is also the Yiddish word for ‘free.’ For Queen Kong, this double-entendre couldn’t be more apropos. The Toronto band’s debut album Fray was created during a time of worldwide tumult, when all paths forward seemed unclear. During a time of unraveling, Fray stands as a strong unifying statement, merging myriad influences to create something unique and powerful.

Joining the band on all tracks is clarinetist Michael Winograd, a singular musical force whose impact stretches across 20 years of klezmer-influenced music in New York and around the world. Cellist Beth Silver appears on three tracks (Bethema, Let Me Take My Time and Kaddish For Jonny.) Her contributions offer the listener a unique listening opportunity, as cello is not commonly heard in klezmer music.

Wolf’s ten originals move through moments of odd-metered Balkan groove, (Bethema), Jewish jazz (If/Then), elegiac meditation (Kaddish for Jonny), pizzicato-punctuated funk (“East 3rd and C”), and more. The album also features Wolf’s torchy lead vocals on Di Zun Vet Aruntergeyn, a poem written before the Holocaust and later set to music. Queen Kong will perform at various festivals this spring and summer including Jewish Music Week and the Toronto Jazz Festival, as well as at a variety of venues all over Toronto. They’ll be hitting the road this fall for an extended tour.