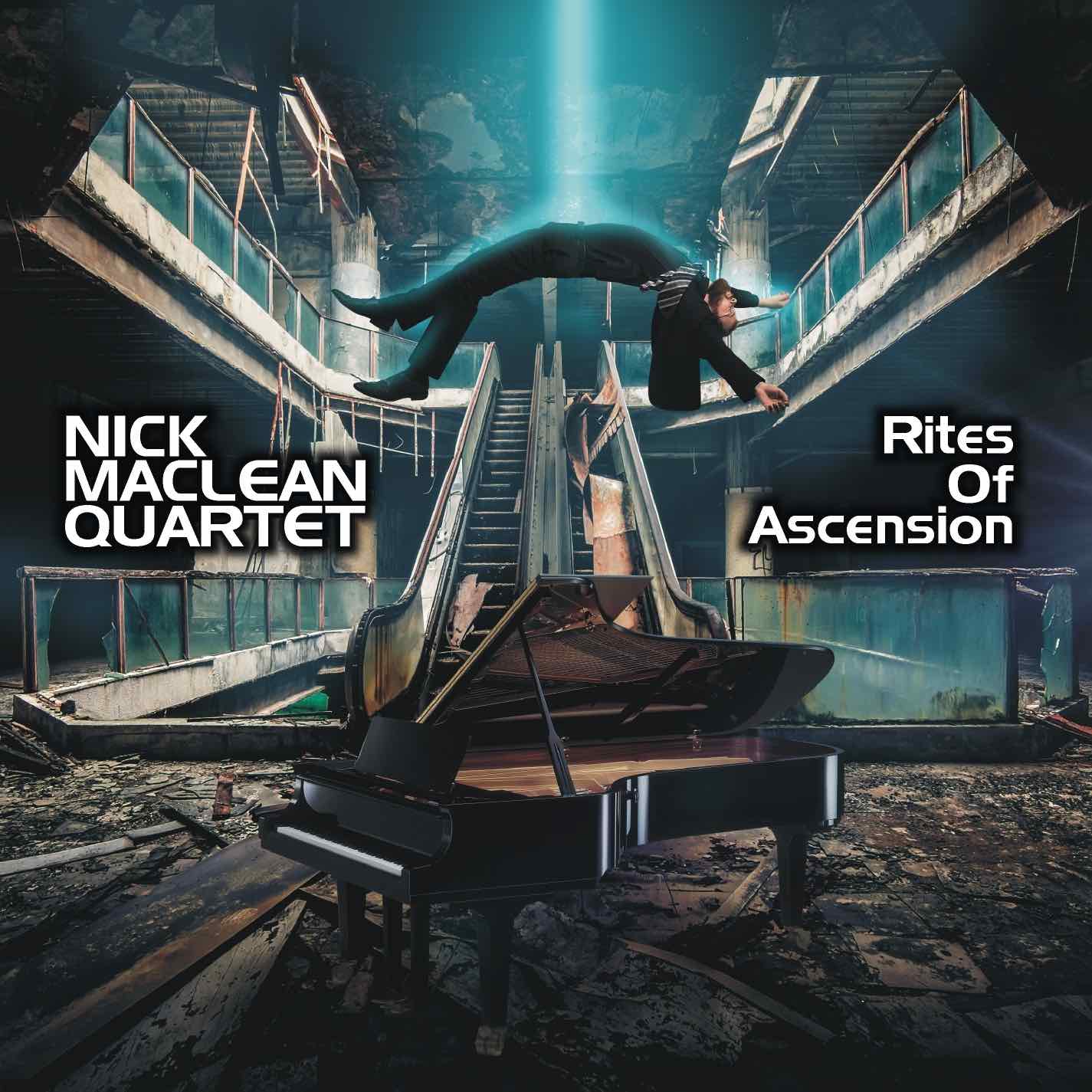 The Nick Maclean Quartet’s debut full- length album Rites of Ascension pays tribute to Herbie Hancock while clearly establishing a sound of their own.

The quartet’s debut 11-track full-length album “Rites Of Ascension” features 6 Maclean-penned originals, 1 composition by Brownman, and 4 re- imagined Herbie Hancock classics. The group is frequently lauded for the strength of their collective improvisatory vision, and highlights Maclean’s ruminative piano prowess and hand- picked sidemen. Brooklyn / Toronto based Brownman Ali, one of Canada’s most provocative improvising trumpet-playing iconoclasts, stands shoulder to shoulder with Maclean himself & two of Toronto’s top-tier rhythm section 20- somethings: Jesse Dietschi on bass and Tyler Goertzen on drums. This recording exemplifes the 4 of them in full flight.

Rites of Ascension was produced by Brownman Ali & released on his label Browntasauras Records. The label is now widely regarded as a vanguard for new and visionary talent in the evolution of Jazz in Canada.