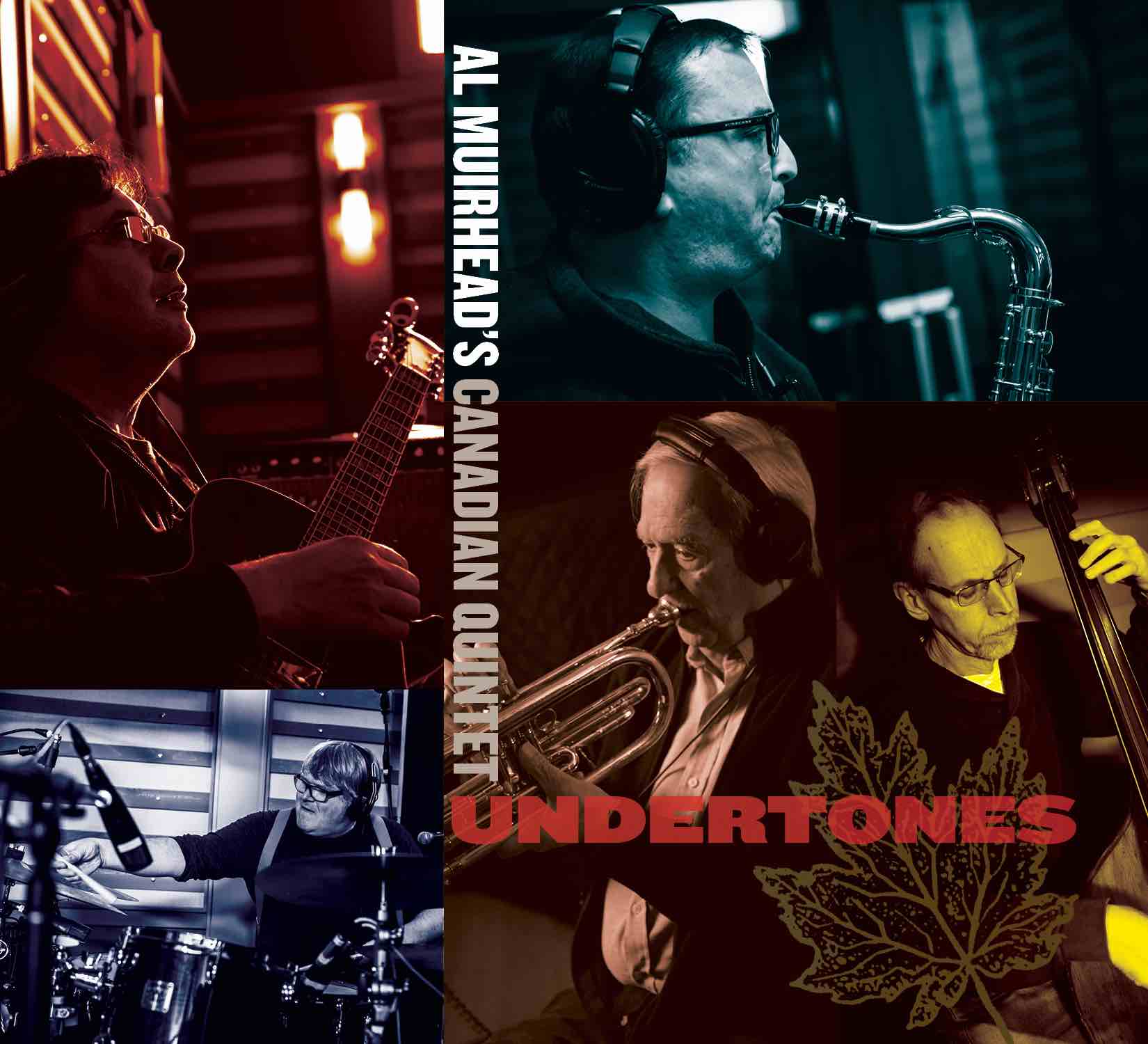 2016 JUNO-Nominated trumpeter Al Muirhead is excited to present his most intriguing project to date; Undertones. Recorded in early February 2018 set for a late September street date, the album features Al on the rare bass trumpet with his new Canadian Quintet. The album highlights musicians Al has had a fondness and musical connection with over the years including Canadian jazz heavyweights Kelly Jefferson (sax), Reg Schwager (guitar), Neil Swainson (bass) and Ted Warren (drums).

A western Canadian jazz icon, Al recently came to wider prominence in North America with the release of his JUNO-nominated debut album ‘It’s About Time’. Now at the age of 82 years old, Al is making up for lost time with his fourth release in just three years. Al harkens back to his youth, arranging standards from the great American songbook as well as contributing two new compositions with a classic feel for this swinging ensemble.

Al Muirhead has long been an iconic figure on the Canadian jazz scene. And the trumpeter, composer, arranger, sideman and recording artist has been making listeners take notice for longer than jazz fans might realize. Born in Regina in 1935, he was playing in the Regina Symphony and dance bands by age 12. Muirhead began to take notice of greats such as Dizzy Gillespie, Miles Davis, and Louis Armstrong. While Muirhead’s playing is infused with the indelible influence of the jazz giants, his flowing, melodic sound is his own — and has become influential in its own right. He unleashes melodies that are incredibly inventive and utterly timeless.

Muirhead has worked with legends such as Diana Krall, Paul Anka, Rosemary Clooney, Frank Mills and Dizzy Gillespie. In recent years, Al has been honoured with the American Federation of Musician’s Citation Award and the Western Canadian Music Alliance’s Heritage Award for his mentorship and industry-building. He’s also earned the Saskatchewan Jazz Festival’s Special Recognition Award, a 2016 and 2017 YYC Music Award, a 2016 JUNO nomination, a 2017 Western Canadian Music Award nomination, and has charted #1 in Canada and #3 in the US.