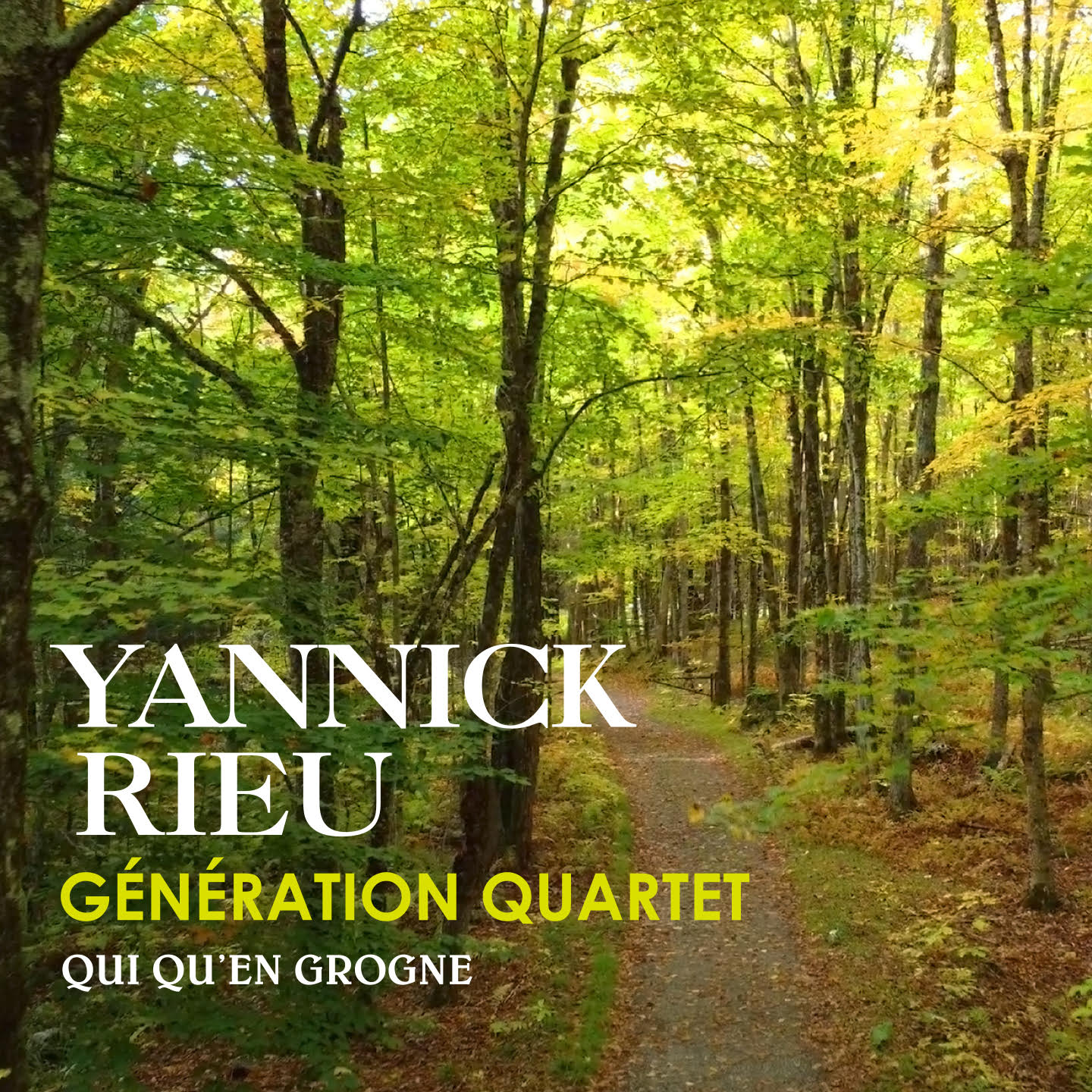 Yannick Rieu was the 18th recipient of the Oscar Peterson Award, celebrating the quality of his art and his outstanding contribution to the development of jazz in Canada. As early as 1988, DownBeat Magazine ranked him among the 20 most talented saxophonists in the world, alongside the likes of Branford Marsalis, Joe Lovano and Courtney Pine. Since then, Rieu has toured the globe, collecting praise and awards for his recordings and his live performances.

With his new album Qui Qu’en Grogne, Rieu invites us to revisit his musical origins and early influences with a new collection of songs grounded in the classic jazz quartet tradition. What begin as simple melodies expand as the group improvises together, becoming more elaborate, moving a step beyond the listener’s expectations. Musical conversations intertwine, achieving a truly unified sound.

For this new recording, Rieu has assembled a unique combination of established and emerging musicians: pianist Gentiane Michaud-Gagnon, drummer Louis-Vincent Hamel, and bassist Guy Boisvert. As the name suggests, Génération Quartet is about the dialogue between two generations of musicians, who through several years of shared experiences have developed a chemistry and sound that is entirely their own. With one foot set firmly in the jazz tradition’s rich past and the other in its future, this group’s music is imbued with poetry, mystery, and beauty – this album is an evocative exploration of the human experience.