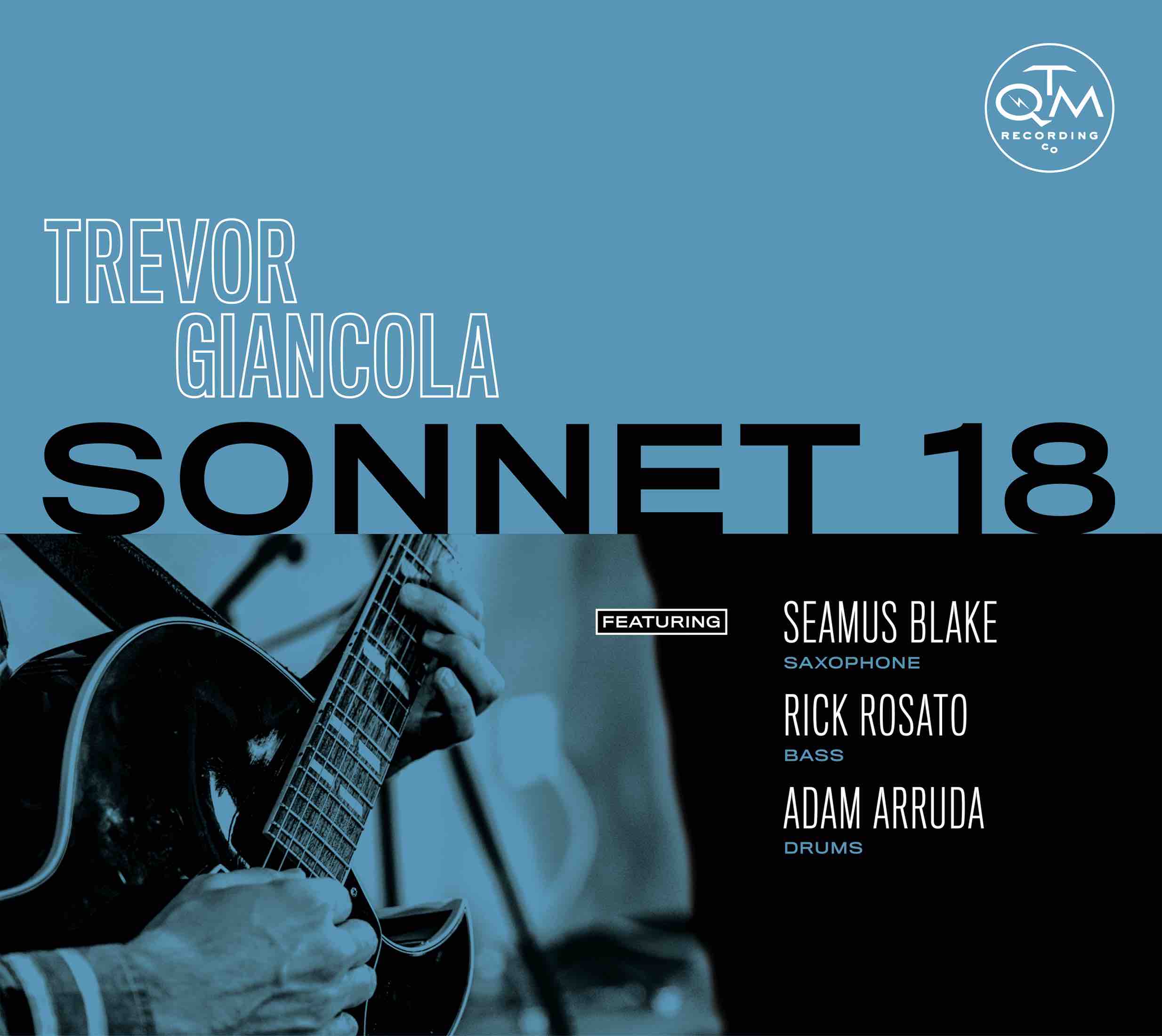 In the spring of 2016, Toronto guitarist Trevor Giancola assembled his dream band: a quartet featuring Seamus Blake, Rick Rosato, and Adam Arruda, three ex-pat Canadians making waves on the international jazz scene. He took this newly formed band to the legendary Systems Two recording studio in Brooklyn, NY, for a brief session to record three pieces written specifically with this  group in mind. “We recorded live-off-the-floor, no edits, no overdubs,” recalls Giancola. “It was also mixed live. This off the cuff session turned out perfectly – better than I could have ever imagined – and became the first monumental step towards what would eventually become Sonnet 18, my second album as a bandleader.”

That next step came in 2018, when Giancola met with Ron Skinner, a veteran engineer and producer who had recently launched a new label: TQM Recording Co. “Ron and I share a lot of musical interests, and it was instantly clear to me that he is someone who cares deeply about capturing and presenting beautiful music. After our first phone conversation, the wheels were in motion to record a full-length album together.”

Giancola reassembled his dream team at Toronto’s Union Sound in February of 2019. “Once everyone arrived, making music with these guys was the easy part: it was an honour to get to record with such a dynamic and creative band. Throughout the session, a compelling energy was flowing through the band and Ron, with the help of engineer Darren McGill, capturing that vibe perfectly. Recording live-off-the-floor can be challenging but the end results are always worth the effort.”

“These compositions are a sonic expression of what it means to be alive; what it’s like to be experience love, life, death, happiness, and everything in between. Improvisationally, the album displays a humanistic spirit and energy. “ Sonnet 18 is Giancola’s strongest statement to date, and a hugely compelling addition to Canada’s rich jazz guitar tradition.