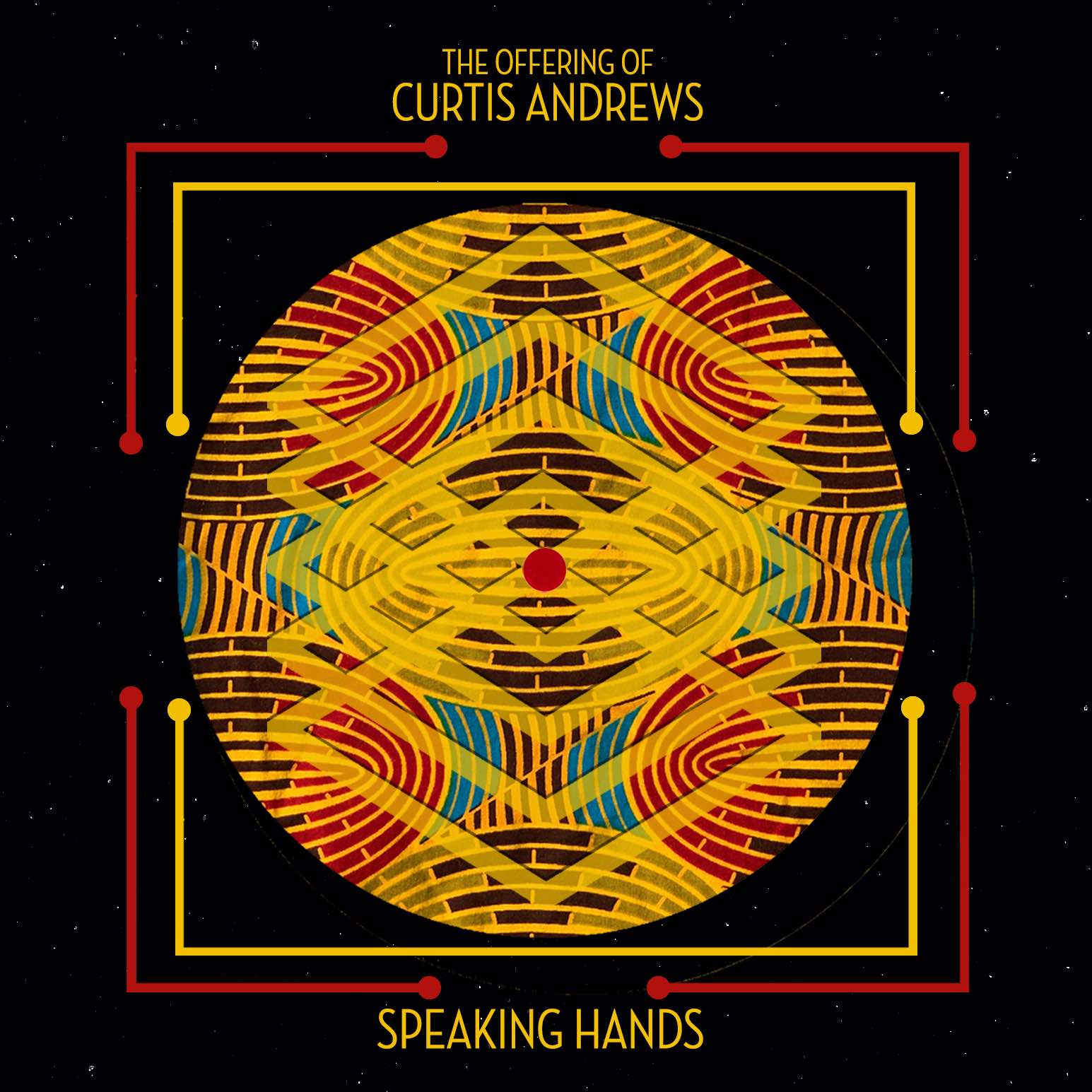 Speaking Hands is the sophomore release by the globe-trotting percussionist/composer Curtis Andrews. Released more than 10 years since his award-winning eponymous debut, Speaking Hands features his Vancouver-based ensemble The Offering of Curtis Andrews, and guests from across Canada (via South India), down to California, over to urban South Africa, and up to rural Ghana. Andrews once claimed he didn’t see the point of recording music anymore, but the inspiration for new compositions became too strong to ignore, and the results were too interesting not to share. The resultant album is rich in rhythmic exploration, modal and raga-based melodies, and some truly virtuosic performances.

Though recorded on the cusp of and during the 2020 pandemic, this is far from a “COVID record”. The seeds were sown over the past 11 years of travel, study, collaboration, and exploration, both abroad and at home, within and without. The compositions are reflective of the various sounds, aesthetics, and influences that Andrews gravitates towards with an open heart and mind: the intertwined rhythms and polyphonies of vodu-derived traditional music West Africa, the micro and macrocosmic play of time and pitch found in Carnatic traditions of South India, the open field of improvisation, and the intersection of all of these as one cohesive and original sound. It a place where korvais intermingle with the timeline of the gakogui. Andrews has been dwelling in these musical (and physical worlds) for the past 20 years, through deep engagement and study with communities and master musicians.  As such, his music is a natural extension of these experiences.

Of special note is the presence of world-renowned South Indian master drummer Dr. Trichy Sankaran. Andrews is honored and humbled to have his guru of more than 20 years join the ensemble on 4 pieces, including one piece that Sankaran composed especially for the group. While COVID restrictions may have closed some doors, it allowed for unplanned collaborations, leading Andrews to recruit some friends from distant locales including: bassist Sandile Jwaii (Cape Town) ; bansuri and alto sax from Neelamjit Dhillon (Los Angeles via Coquitlam); South Indian violinist Kaushik Sivaramakrishan (Edmonton via Chennai), and vibraphonist Mark Duggan (Halifax via Toronto). Making a cameo appearance are drummers from the village of Dzogadze (Ghana), a community Andrews has been visiting since 1999.

The album’s title is drawn from the tune “The Speaking Hand”, itself inspired by Andrews’ own practice and play of the mridangam, the major percussion instrument of Carnatic music. The repertoire of the mridangam is taught and conceived of in a special rhythmic language known as solkattu. It is the voice that gives rise to rhythm before the instrument does. Thus, the hands “speak” what the voice (mind) creates. In the course of practice and play, ideas also arise from the hands themselves, opening up new vistas for creation.