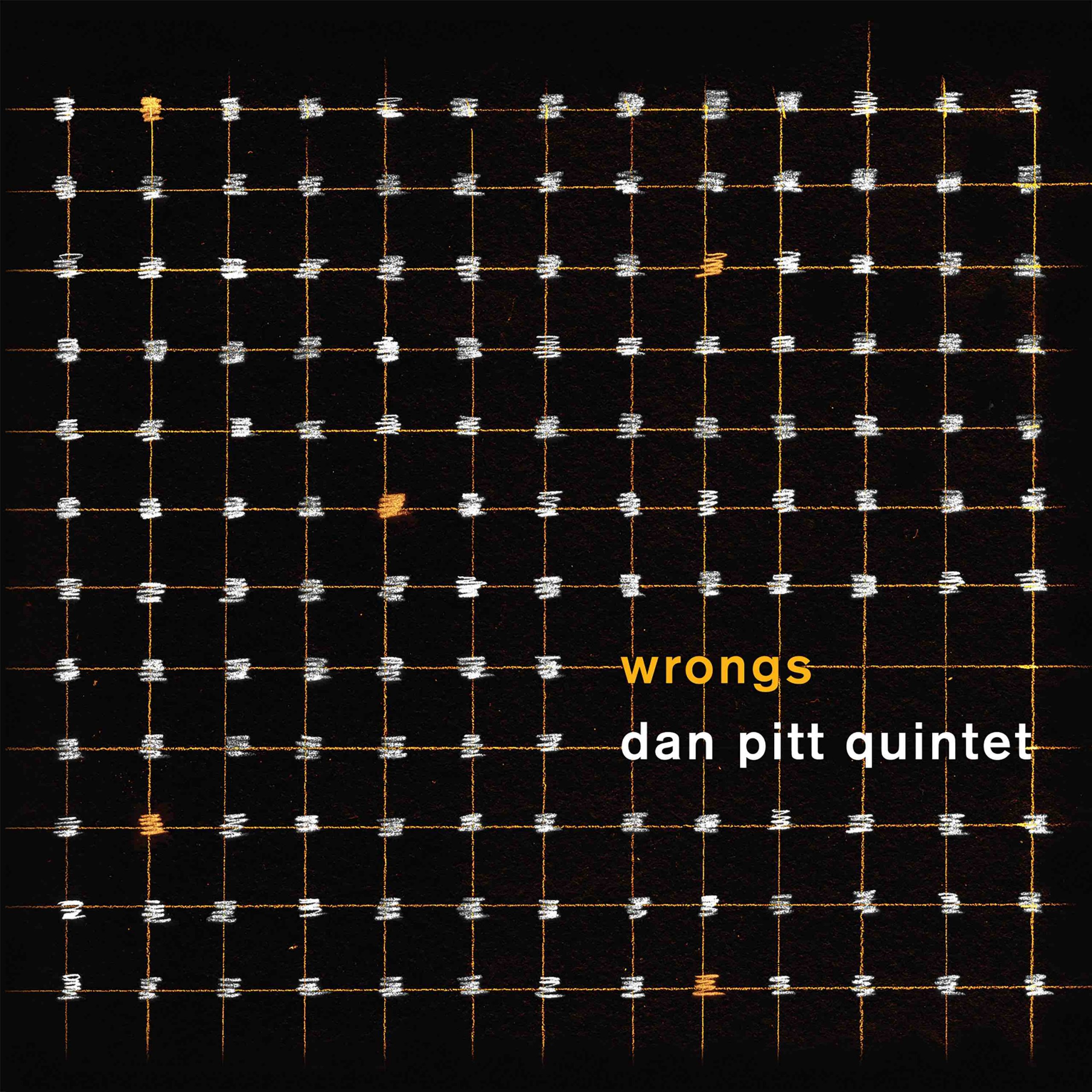 Dan Pitt is a guitarist, composer, educator and improviser. As an active member of Toronto’s jazz and creative music scene for the past several years, Pitt has played guitar in a variety of bands with the likes of Dave Young, Pat Collins, David Braid, Terry Clarke, Terry Promane, Tim Berne, and Michael Attias. He has also worked and recorded with Harrison Vetro, Lina Allemano, Nick Fraser and Andrew Downing. His first two records as a leader – the trio outing Fundamentally Flawed and the solo recording Monochrome – were critically lauded, establishing Pitt as an exciting young voice on the creative music scene.

Wrongs – Pitt’s third release as a leader – is easily his most ambitious work yet.

With Wrongs, Pitt expands on his creative vision, adding a tetrad of woodwinds into the mix. For this recording, Pitt enlisted bassist Alex Fournier and drummer Nick Fraser – both of whom play in Pitt’s trio – while also adding the sounds of Naomi McCarroll-Butler on bass clarinet and alto sax as well as Patrick Smith on tenor and soprano saxophones.

The compositions featured on this album were written over the course of the last several years, and serve as a vehicle for the band to take in whatever direction they want, as far out as they want to go. From the ambient wash of Hunter’s Dream to the aggressive bite of the title track, this music offers a broad range of sounds and textures that further demonstrate Pitt’s ability to create music that isn’t constrained by the limits of any style or genre.