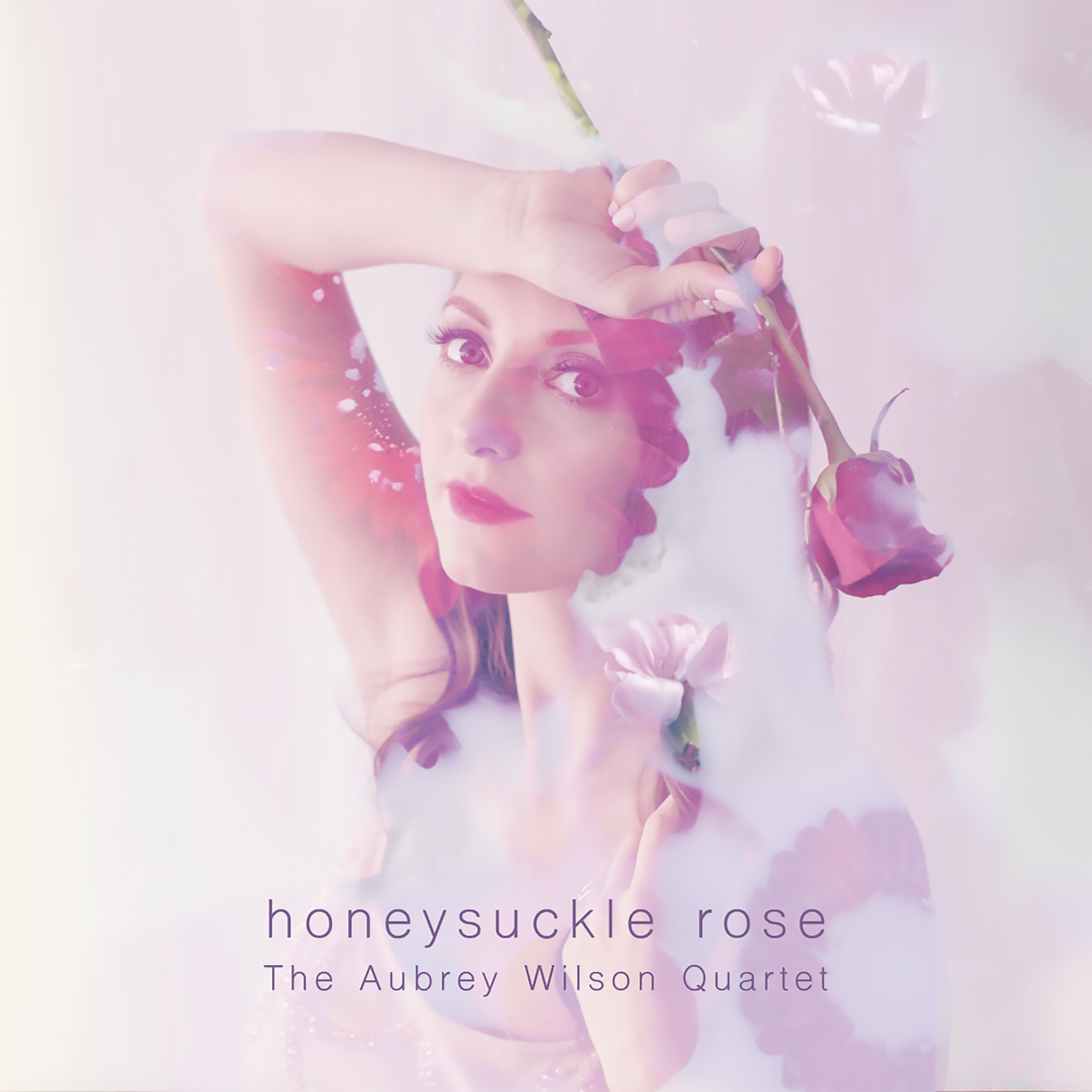 Upon first listening to Honeysuckle Rose, the debut album from the Aubrey Wilson Quartet, nothing is more striking than the crystalline purity of Wilson’s voice. An understated, articulate singer who can deliver a commanding melody as easily as she can improvise, Wilson is committed to the goal of telling stories through lyrics. The story of this album, however, is not one that she’s telling alone. Her quartet is a band through and through, and Honeysuckle Rose represents a collaborative effort from a group that has been making music together for the better part of a decade.

Recorded at Toronto’s fabled Canterbury Music Company by Jeremy Darby, Honeysuckle Rose is the culmination of years of fruitful artistic development. Wilson and her quartet played, rehearsed, and workshopped the album’s arrangements for two years before hitting the studio. Though individual band members contributed the original arrangements, everyone in the quartet had a hand in tweaking and perfecting the songs’ orchestration, in an organic process that unfolded naturally over time. Co-producer Dan Fortin – an accomplished bassist and bandleader in his own right – would prove to be another important collaborator, offering valuable advice throughout the proceedings. The songs were recorded in a live-off-the-floor format, true to the group’s identity as a performing improvising band.

Sitting back and listening to Honeysuckle Rose, it’s easy to imagine that you’re hearing the quartet in the intimate setting of a world-class jazz club. Whether it’s on modern, groove-inflected arrangements, like Nature Boy and Stolen Moments, or on swinging treatments of classic tunes, like Alice in Wonderland and I Will Wait for You, the band delivers consistently compelling performances. Honeysuckle Rose also features two special guests: guitarist Scott Taplay (Nature Boy and Honeysuckle Rose) and saxophonist Luis Deniz (I Will Wait for You and Lullaby of the Leaves.) Rounding out the creative team: mix engineer Dave Hermiston, and mastering engineer Fedge, both of whom worked closely with Wilson to create a uniquely beautiful sonic tapestry. The end result is an exquisitely crafted new album of fresh arrangements performed with self-assured confidence and sophistication by musicians at the top of their game.