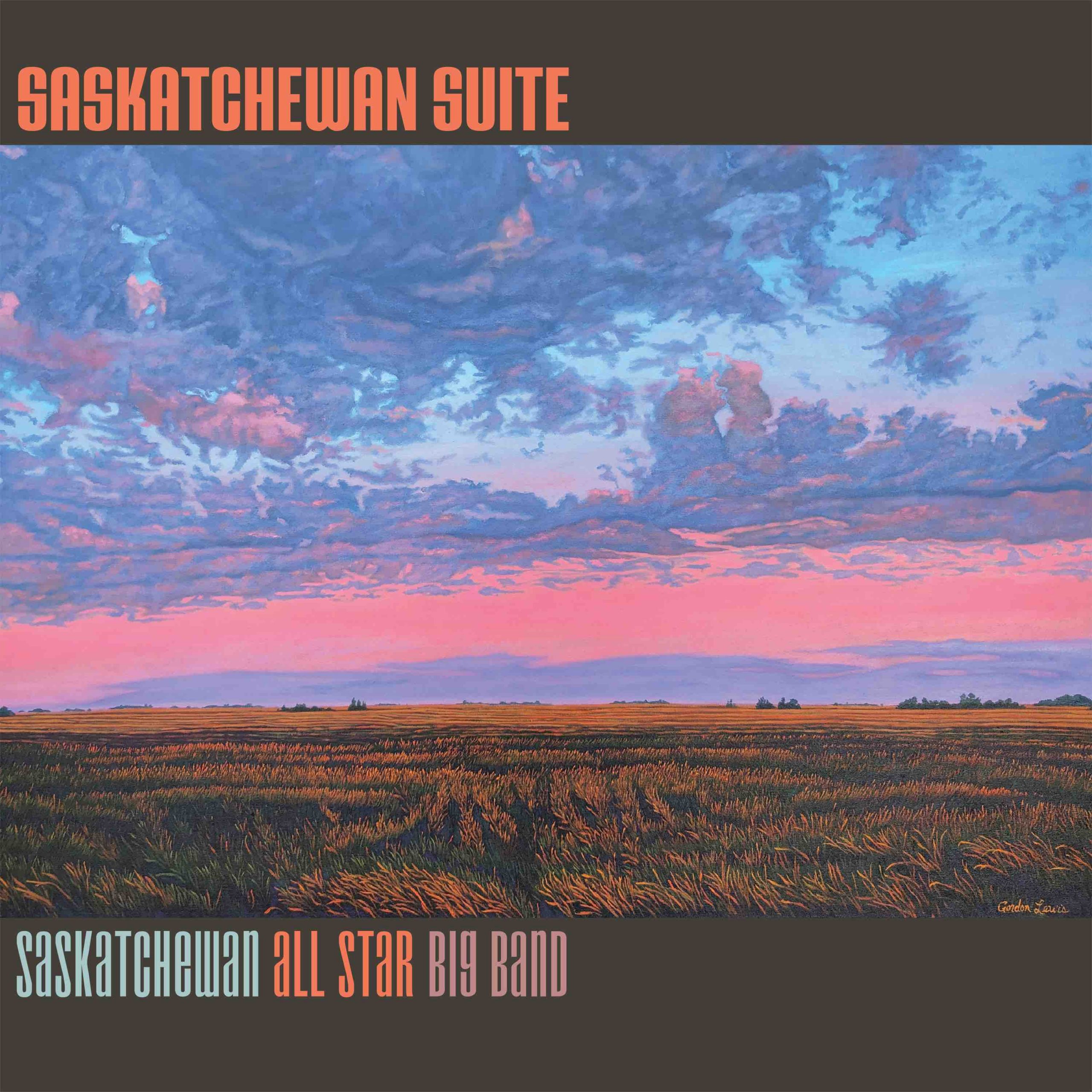 Through this recording project, the Regina Jazz Society seeks to communicate the beautifully unique history of Saskatchewan in the vernacular of jazz, by offering a live recording of a commissioned work by one of Canada’s most talented composers, Fred Stride. Recorded live at Casino Regina on December 28, 2019, the event featured many of the best local and ex-patriate musicians of the province in a truly special performance of Stride’s unique composition. It was an evening which allowed a fantastic group of artists to tell Saskatchewan’s story through music for the very first time ever.

The group of musicians on stage that night was one of the most impressive gatherings of talent in Saskatchewan’s history, and resulted in a caliber of performance unlikely to be replicated anytime soon. The Saskatchewan All Star Big Band is comprised of players that grew up here, got their musical start here, and were then exported to every corner of the globe to share their craft. They are joined by other players who came here to live, teach, and perform because Saskatchewan affords them that grand opportunity.

So, what is “The Saskatchewan Story”? It is the stories of everyone living here and all those that have gone before us. It is more than 150 years of narrative threads, weaving the canvas of our history since the days when Saskatchewan was ruled by the thundering hooves of the buffalo. It tells the story of how people arrived here. You will hear the train whistle bringing all the various settlers and immigrants to the province. It tells of the initial clash of cultures, followed by the important journey towards inclusiveness that has culminated in our society today. It tells the story of the seasons. You will hear the biting sounds of winter, the fierce wind howling at you over the brittle crunch of snow underfoot. You will also hear the soft, carefree nights of summer, with their cool refreshing breeze and orchestra of frogs croaking, crickets chirping, and songbirds singing sweet lullabies.

You will hear that Saskatchewan folk are farmers, businesspeople, potash workers, railroaders, hockey players, story tellers, writers, artists, and soldiers marching off to war. We are all The Saskatchewan Story, and that is what the Saskatchewan Suite is all about. This is the most novel, ambitious, progressive, and challenging project in the history of the Regina Jazz Society, and they are thrilled at the opportunity to share it with the world.