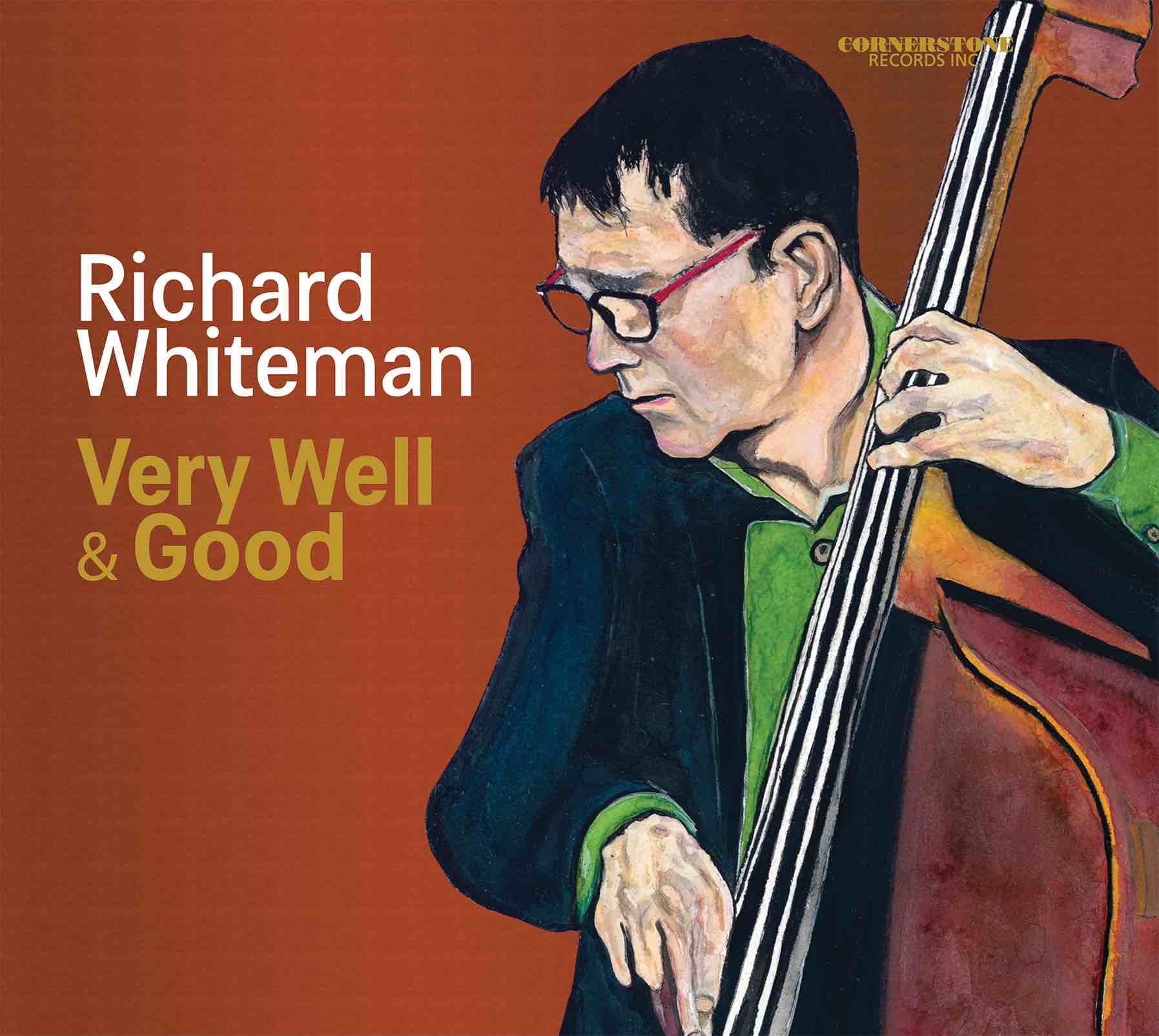 Richard Whiteman is a multi-instrumentalist based in Toronto, Canada. One of the busiest pianists on the Toronto scene, Whiteman has long been sought out by many of the finest names in jazz, including Don Thompson, Reg Schwager, Jane Bunnett, Norm Villleneuve, Ed Bickert and Al Henderson. Richard has recorded ten CDs as a bandleader and has established himself as one of Canada’s finest musicians in a performing role and as a mentor and teacher to younger musicians.

After working as a pianist for decades, Whiteman began studying the double bass in 2004, quickly becoming an adept performer. In 2012, he  formed his “bass” quartet with Reg Schwager, Amanda Tosoff and Morgan Childs – the band that forms the backbone for his brilliant new album Very Well and Good. The quartet is joined on several tracks by tenor saxophone giants Pat Labarbera and Mike Murley in a program of striking Whiteman originals, a tune each from Tosoff and engineer/drummer/pianist Andre White, and one classic standard.

Whiteman considers this recording to be his finest and most personal to date. On this album, the band successfully combines the directness and groove of straight ahead swinging jazz with the lyricism and textural beauty found in classical music and in the music of pianist Bill Evans. It is a snapshot of a fine working band at the height of its powers, and a beautiful addition to the Canadian jazz canon.