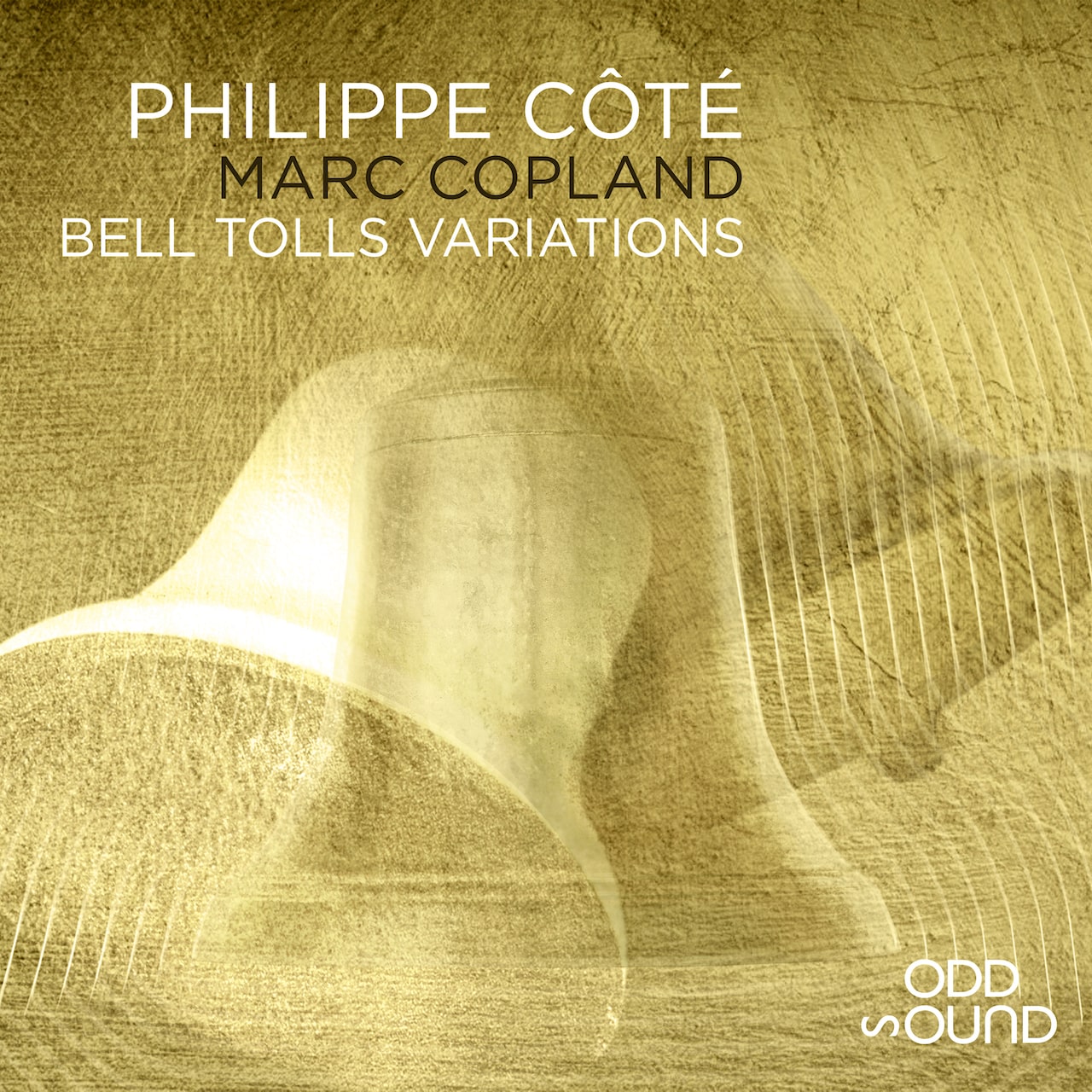 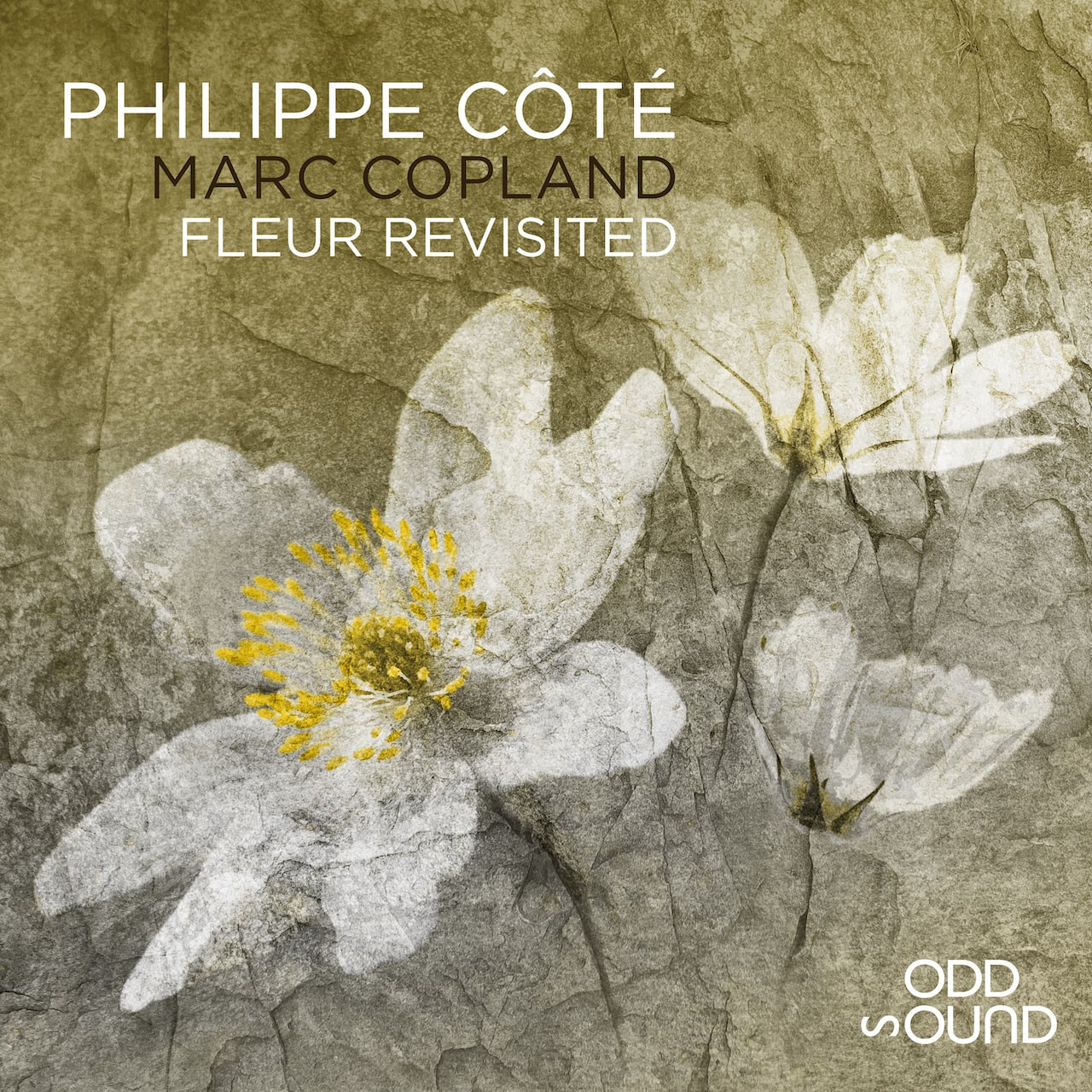 “Variation, recomposition, different viewpoints, respecting original ideas while looking for my own material, and also finding other angles and layers of meaning in my own work: these are all central themes in the creation of this project,” says Montreal-based multireedist and composer Philippe Côté of his new paired album release The Bell Tolls Variations / Fleur Revisited. Playing soprano saxophone and bass clarinet, Côté joins forces with acclaimed pianist Marc Copland on both these evocative multi-movement suites, navigating Côté’s involved orchestrations and undertaking bold improvised flights in synergy with the members of the Quatuor Saguenay String Quartet (formerly Quatuor Alcan).

“We recorded at Domaine Forget,” recalls Côté, “a beautiful hall in the Charlevoix region of Quebec, taking advantage of its great acoustics and fantastic Steinway concert grand piano.” And who better than Marc Copland, “a pianist of vast experience, gentle touch and huge harmonic resource” (The Telegraph), to occupy the piano chair for Côté’s inventive variations on the pianist’s The Bell Tolls. Copland recorded this magisterial piece in 2009 with bassist Drew Gress and drummer Bill Stewart for the album Night Whispers: New York Trio Recordings, Vol. 3 (Pirouet).

“One of the things I love about Marc’s compositions is that they are very rich harmonically,” Côté remarks. “These harmonies are often polytonal, juxtaposing two simple elements to create complexity. The Bell Tolls is like that. My idea was to take that musical object and put the spotlight on different elements of it, while adding as little as possible from me — only illuminating certain areas of Marc’s original piece. There’s a life/death element, also light/dark, a sense of unity that could link to the John Donne poem and Ernest Hemingway novel that I think the inspiration comes from.”

Côté first recorded La Fleur et La Roche with a 13-piece wind ensemble and jazz rhythm section for his 2016 Mythology release Lungta (featuring David Binney, the album’s producer, as a prominent soloist on alto sax alongside Côté on tenor — “a grand, sweeping accomplishment,” Peter Hum, Ottawa Citizen). “The goal was to use 12-tone rows and try to make the most beautiful music with that intellectual/rational starting point,” Côté says. “The image in my mind was a flower growing on a rock in a very harsh environment.” One of the Fleur Revisited movements, Circadia, first appeared under the title Fleur Variation 3 on Twisting Ways: The Music of David Braid and Philippe Côté, a 2021 collaboration with pianist Braid and the Winnipeg Jazz Orchestra.

Whether on soprano or bass clarinet with its darker chamber-like sonority, Côté’s voice is eloquent and melodic, a superb match for Copland’s ruminative presence at the piano. “I’m a listener and music lover first and a musician second,” Côté declares, “and I’ve been a fan of Marc’s for a long time, well before I studied with him for about 10 months back in 2007. Playing The Bell Tolls myself, I found a few triads that sent me toward something more classical. But I didn’t want the strings, sax and piano to play together all the time. Each has its moment in different combinations until joining together at the end for The Bond. All the extra-musical layers of meaning were more subconscious, and I’m always amazed how they end up in the work without trying.”

Côté is currently completing a doctorate under John Hollenbeck at McGill University; he is also coordinator of McGill’s Conservatory jazz program, part of the university’s community school. He has received numerous awards including grants from the Canada Council for the Arts and the Conseil des arts et des lettres du Québec, composing for orchestras and chamber ensembles such as the Orchestre national de Jazz de Montréal, Winnipeg Jazz Orchestra and Ensemble Paramirabo. His music has been described by Stereophile as “organic and gorgeous … Côté’s strength is orchestration…. He creates rich, deep, complex colors and textures, and keeps them in a state of continuous flow and evolution.”