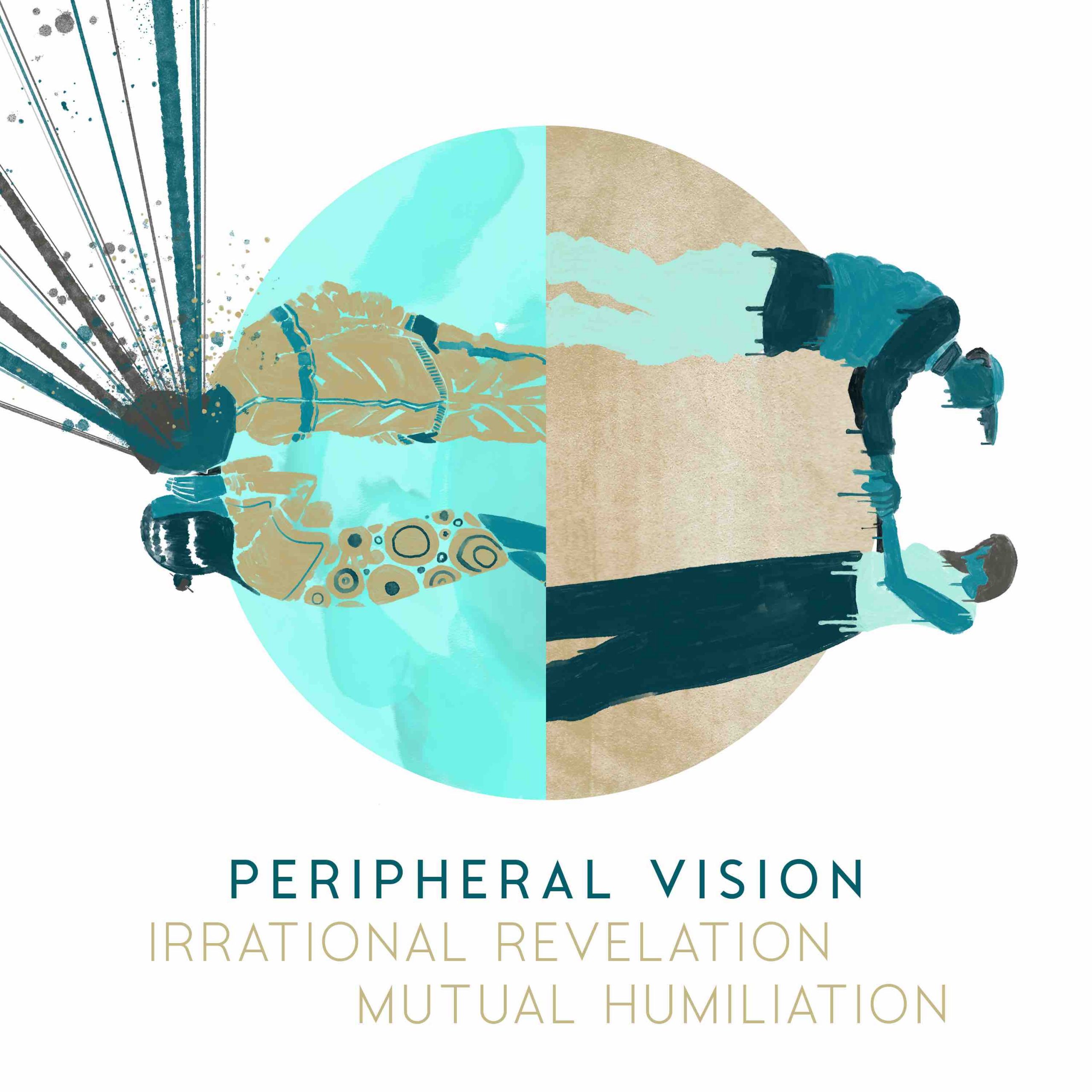 Irrational Revelation and Mutual Humiliation is a double album celebrating more than ten years of the collaboration that is the JUNO-nominated Canadian jazz quartet, Peripheral Vision.  Peripheral Vision is more than Don Scott and Michael Herring, the band’s leaders and composers; it’s their collaboration and friendship with Trevor Hogg and Nick Fraser.  This music is truly a collective process, born out of long hours in tour vans and late night currywursts in Germany.

This is their fifth album and third collaborating with co-producer, Jean Martin, and they are really excited by his “mad scientist” creative input on this double album.  He helped imagine a bigger sound for the record, adding layers of overdubs and studio treatments to the live-off-the-floor recordings, and orchestrated guest appearances by Michael Davidson (vibraphone), Chris Pruden (Prophet 6 analog synthesizer), and Craig Harley (organ, Rhodes).

Irrational Revelation and Mutual Humiliation builds on the themes of their last two albums (Sheer Tyranny Of Will and More Songs About Error And Shame) – trying to balance the drive for forward momentum with the neuroses that hold us back.  In the Chinese yin-yang symbol we see a dot of black in white and white in black – yin in yang and yang in yin – Irrational Revelation is the dot of yin in the yang and Mutual Humiliation, its opposite.