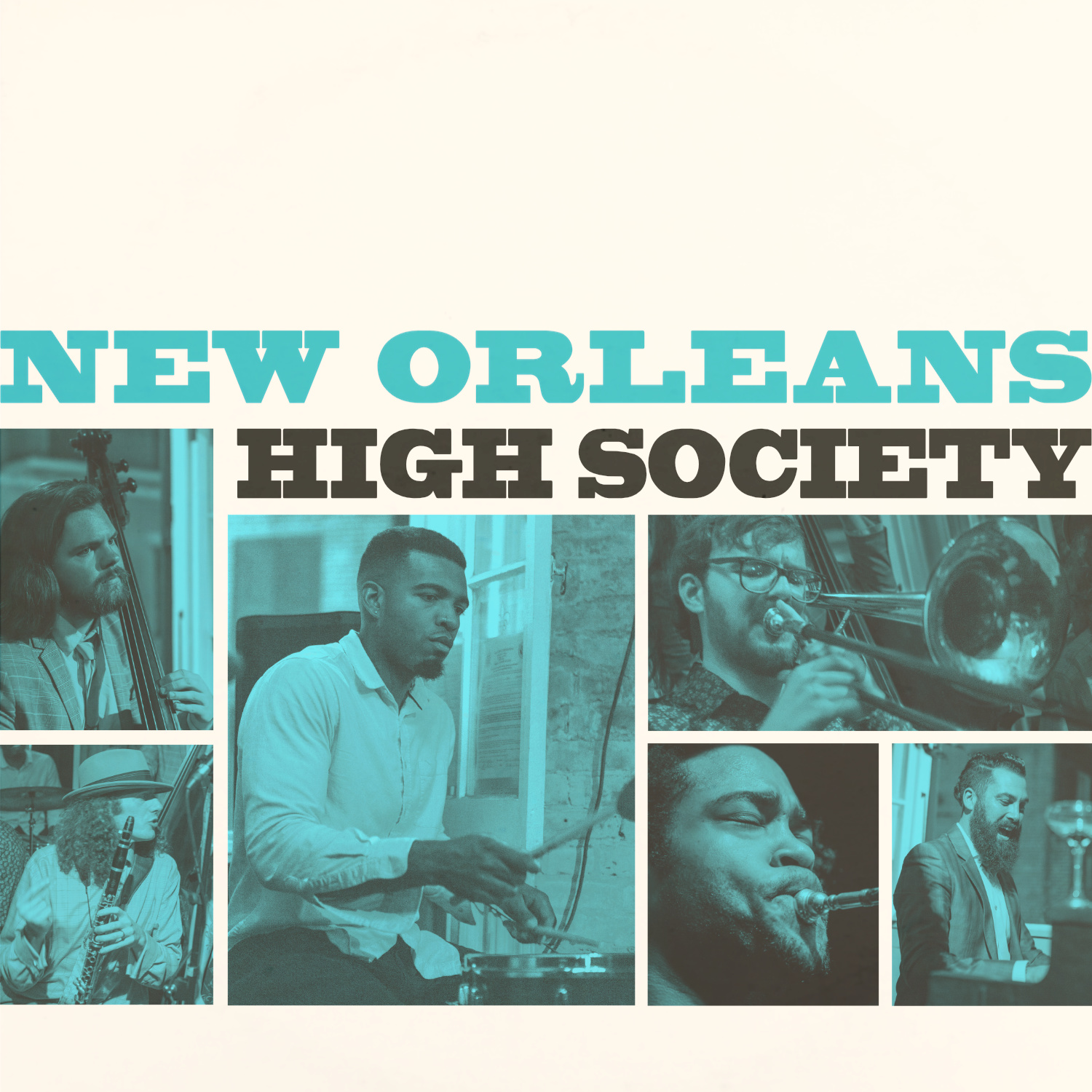 New Orleans High Society originally started with a weekly gig in the birthplace of jazz, New Orleans, LA. As the members of the band got to know each other better, a distinctive interpretation of the New Orleans repertoire began to emerge with the sound of traditional jazz as its base but with sprinklings of Afro-Cuban, gospel, and modern trip-hop mixed in. After playing together regularly for over 18 months, the band decided to record an album, resulting in their self-titled debut.

A powerhouse collection of young, up-and-coming musicians, New Orleans High Society brings fresh energy and outstanding musicianship to these songs. The band is a tight-knit group of friends, and their genuine affection for each other comes through in the playfulness of their arrangements. The group features the talents of Cleveland Donald on trumpet and vocals, David Bode on soprano and tenor saxophone and clarinet, Peter Gustafson on trombone, Yacine Sebti on piano and vocals, Stephen Bohnstengel on Bass, Trenton O’Neal on drums and percussion, and special guest vocalist Angie Z. The album was recorded and mixed by engineer Chris Butcher at Butcher Studios in New Orleans, LA, and was mastered by Grammy Nominated engineer Michael Harvey at NOLA Recording Studios in New Orleans, LA.