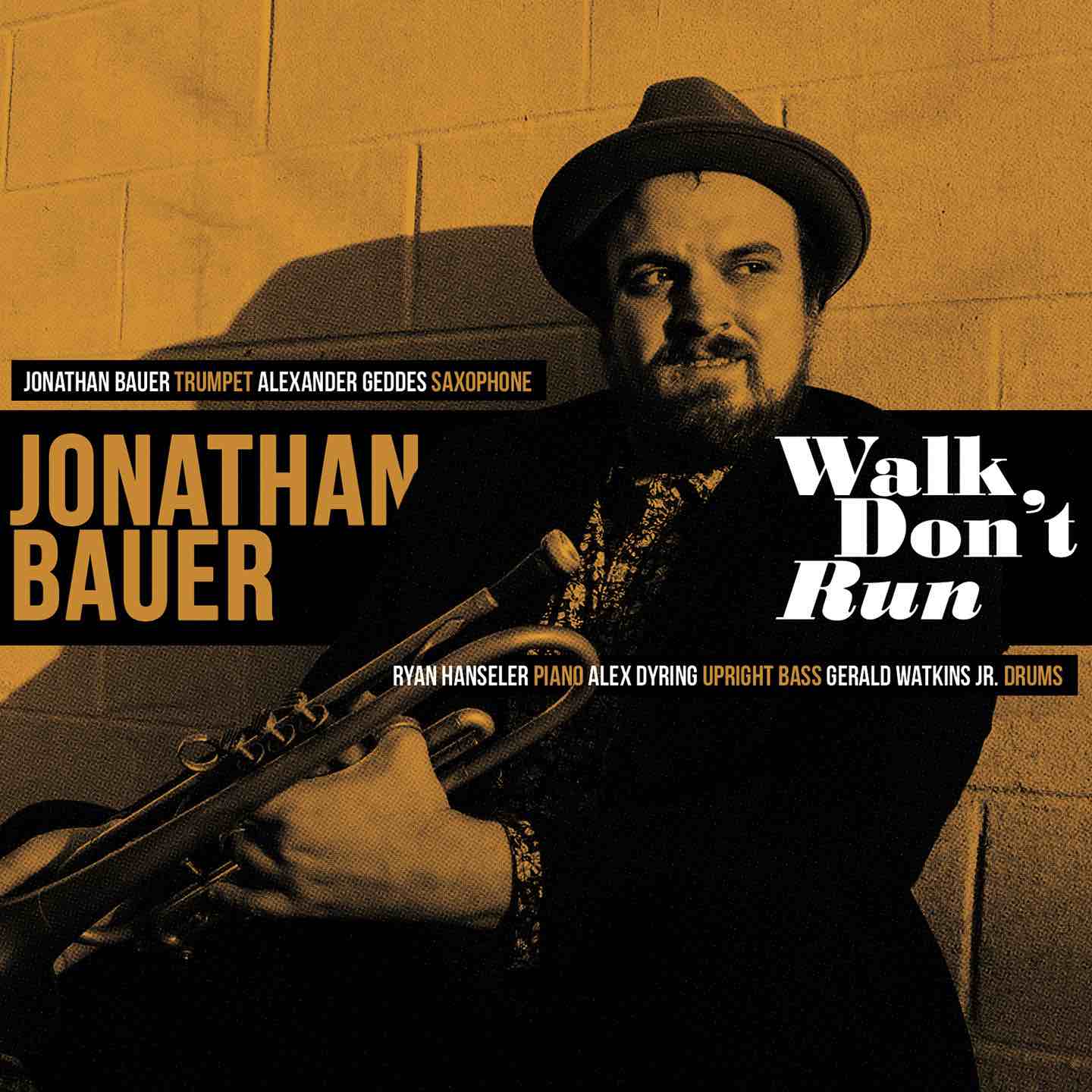 An internationally recognized touring artist, Jonathan is widely acclaimed for his dark and dynamic sound. While earning his Master’s at the University of New Orleans, Jonathan quickly became a rising talent in one of the world’s most important musical communities, earning him the opportunity to study and perform with living legends Nicholas Payton, Robert Glasper, Jeremy Davenport, Adonis Rose and Ashlin Parker among others. A versatile musician, Jonathan regularly crosses genres performing with R&B titans, such as Sheila E., Ledisi, and Eric Benét.

Walk Don’t Run celebrates the past while looking to the future; showcasing the range of musical influences, from Art Blakey to Roy Hargrove, that have shaped Jonathan’s worldview. Walk Don’t Run fulfills a desire for the satisfyingly familiar, while keeping the listener enthralled by its fresh perspective. Inspired to create by the vibrant community in New Orleans, Jonathan’s compositions are about learning to slow down on life’s journey, striving to be more grateful, and paying dues to those who came before him.

Born and raised in Northern Alberta, Jonathan is proud to be an ambassador for Divitt Trumpets.