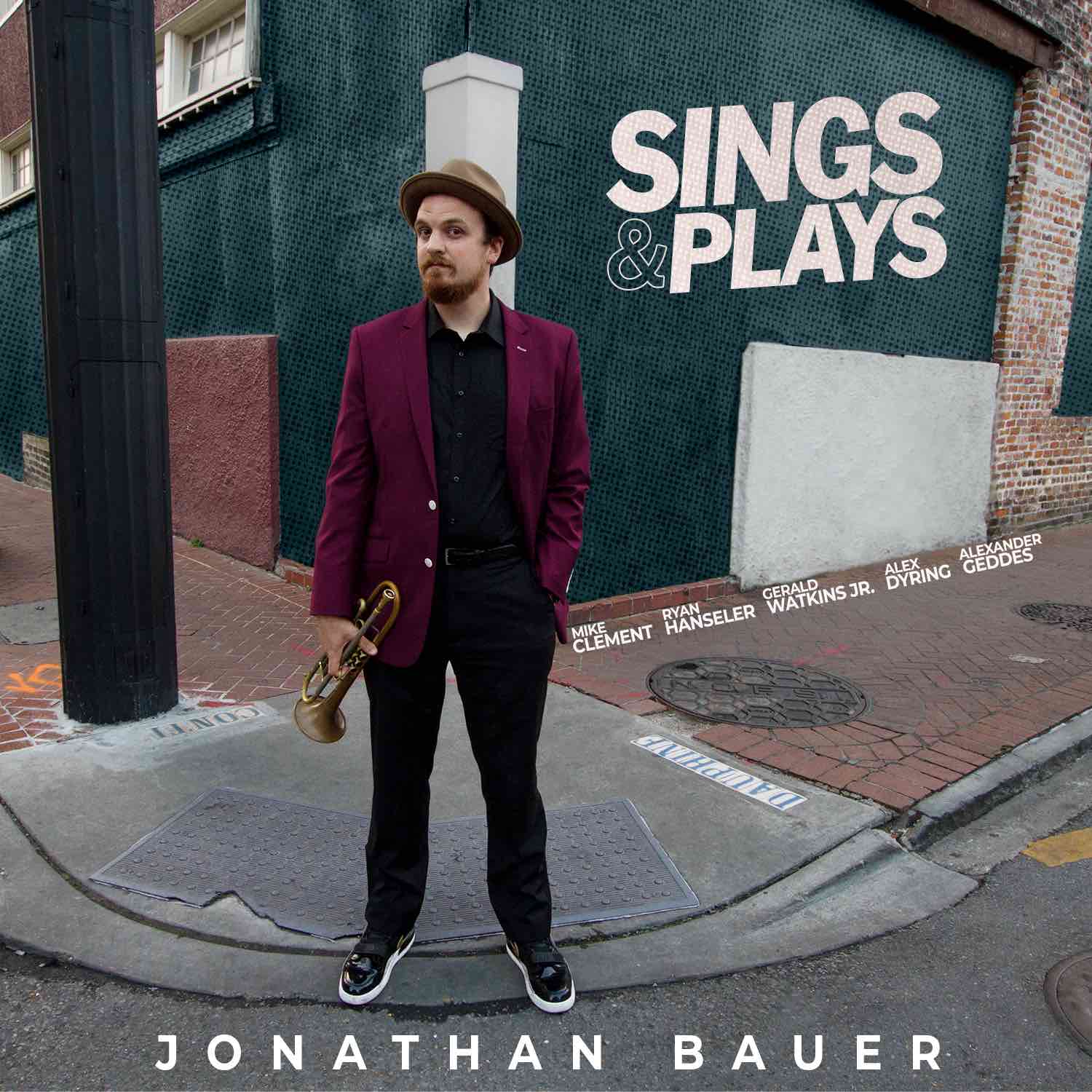 A distinctive new musician on the rise, Bauer has been widely celebrated for his dark and buttery trumpet sound, often mistaken for that of the mellower flugelhorn. As a singer, his voice is filled with an earnest joy, instantly connecting with all audiences. Along with an A-list cast of some of New Orleans’ most swinging musicians, Sings and Plays is dripping with energy from the city they call home. Early listeners have described the new album’s aesthetic as “New Orleans meets Chet Baker.”

Part of this album was recorded in January of 2020, just before to the onset of the COVID pandemic. In spite of all of the uncertainty they faced, Bauer and his band were determined to keep Sings and Plays from being shelved. Ultimately, the losses and obstacles of the last year bred new depths of appreciation for the music and each other, making this project all the more special.