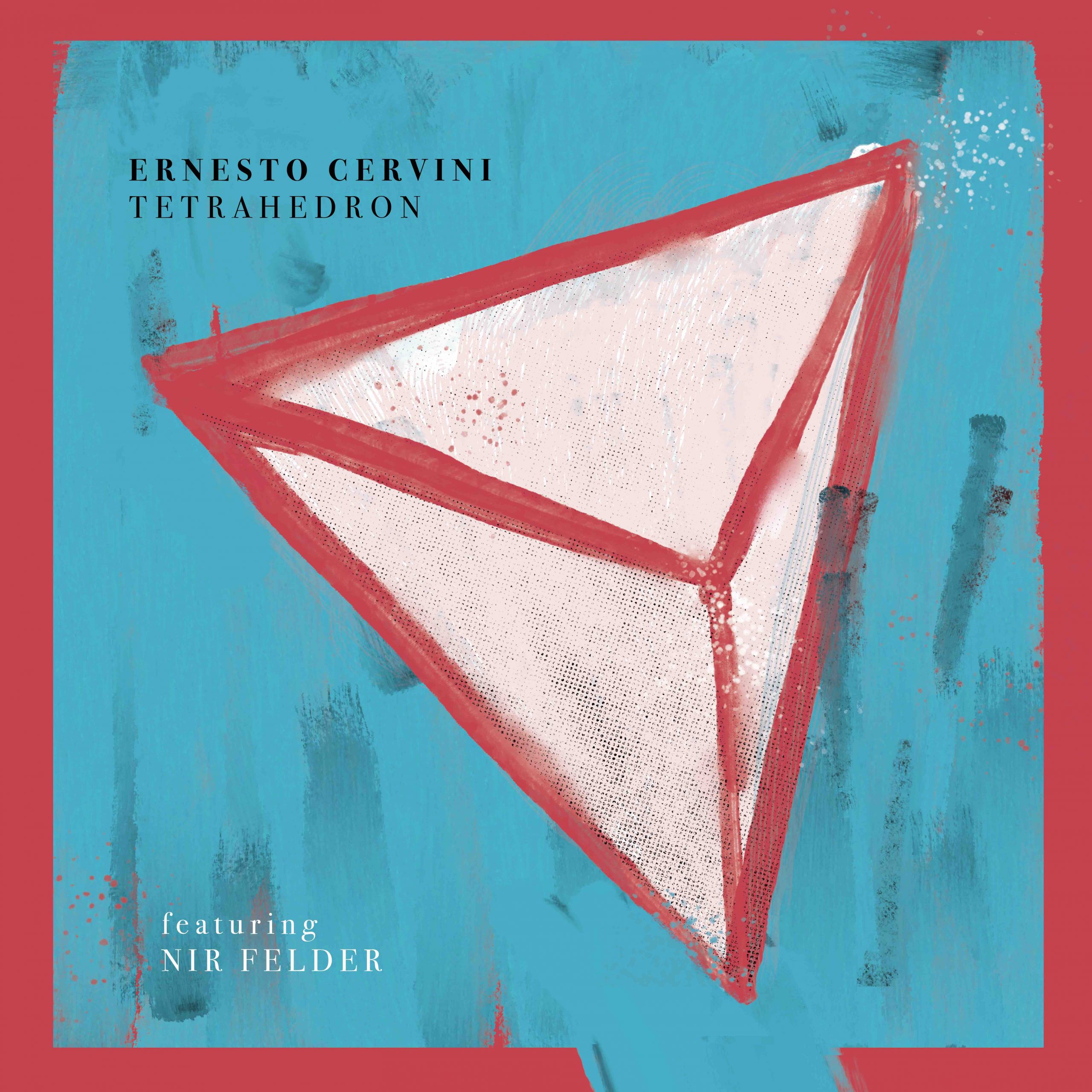 Hailed by the Vancouver Sun as “one of Canada’s premier drummer-composer- bandleaders,” Toronto-based Ernesto Cervini has proven restlessly creative at the helm of the Ernesto Cervini Quartet, his innovative Turboprop sextet, his co-led trios MEM3, Myriad3 and Tunetown, and his Radiohead cover project Idioteque, among other efforts. With Tetrahedron, Cervini flips the script once again, undertaking his first project with an electric bassist (the great Rich Brown) and an electric guitarist (the acclaimed Nir Felder). Together with them and the marvelous Cuban-born, Toronto-based alto saxophonist Luis Deniz, Cervini reveals still new facets of his musical imagination.

Tetrahedron began its existence as a chordless trio with just Cervini, Brown and Deniz. But even from the start, Cervini entertained the idea of augmenting the trio with guitar, and his mind turned to Nir Felder, whose unique jazz language on the Fender Stratocaster seemed like the dream fit. Felder has been hailed as “the next big jazz guitarist” by NPR Music. He and Cervini met and played together during the latter’s stint in New York between 2003-07, and the guitarist’s career took off in the years since.

Tetrahedron, with its potent Canada-meets-U.S. lineup, exemplifies Cervini’s mission and makes for a thrilling next logical step in his journey. From its triangular beginnings as a trio, Tetrahedron grew to encompass four sides, with four vertices, perfectly formed and in balance.