Carn Davidson 9 – The History of Us 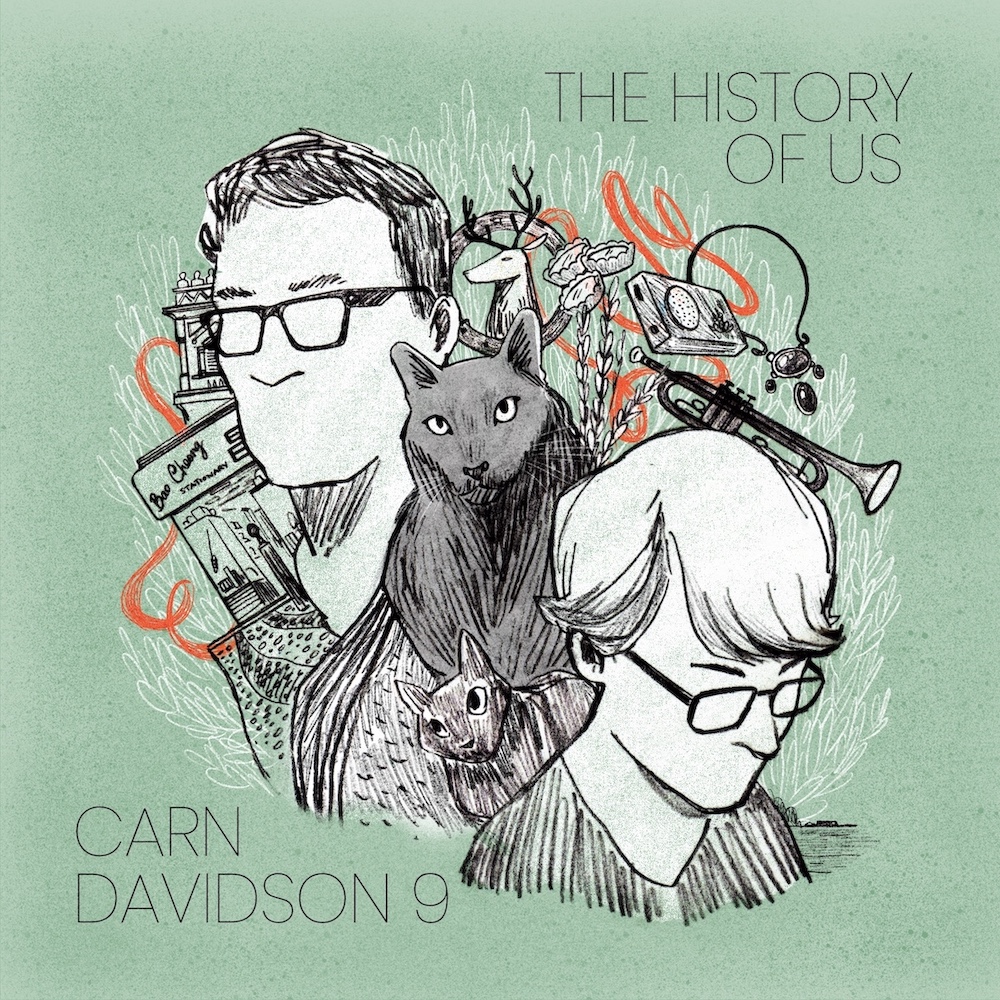 Carn Davidson 9 – The History of Us

The Carn Davidson 9 (CD9) was formed in early 2010 as a collaborative project between JUNO Award-winning artists, trombonist William Carn and saxophonist Tara Davidson. CD9 is a 9-piece chordless ensemble that utilizes its seven horns as melodic, harmonic and rhythmic devices, anchored by bass and drums. This co-led ensemble presents an opportunity for both artists to craft compositions for a unique chamber jazz instrumentation, and for a formidable collection of guest arrangers to shine new light on existing repertoire by Carn and Davidson.

The Carn Davidson 9’s unique sound is made stronger by an all-star lineup of prominent Canadian artists, all of whom are exceptional ensemble players  in addition to being outstanding soloists. CD9 has produced two previous recordings: their debut album “Nine” was released in 2012, and was followed by “Murphy” in 2017. Both recordings garnered JUNO nominations for Jazz Album of the Year.

The History of Us is the Carn Davidson 9’s third studio recording, and is their most personal project to date. Comprised of two three-movement suites, The History of Us is a powerful, moving meditation on the universal  themes of family, migration, and loss.