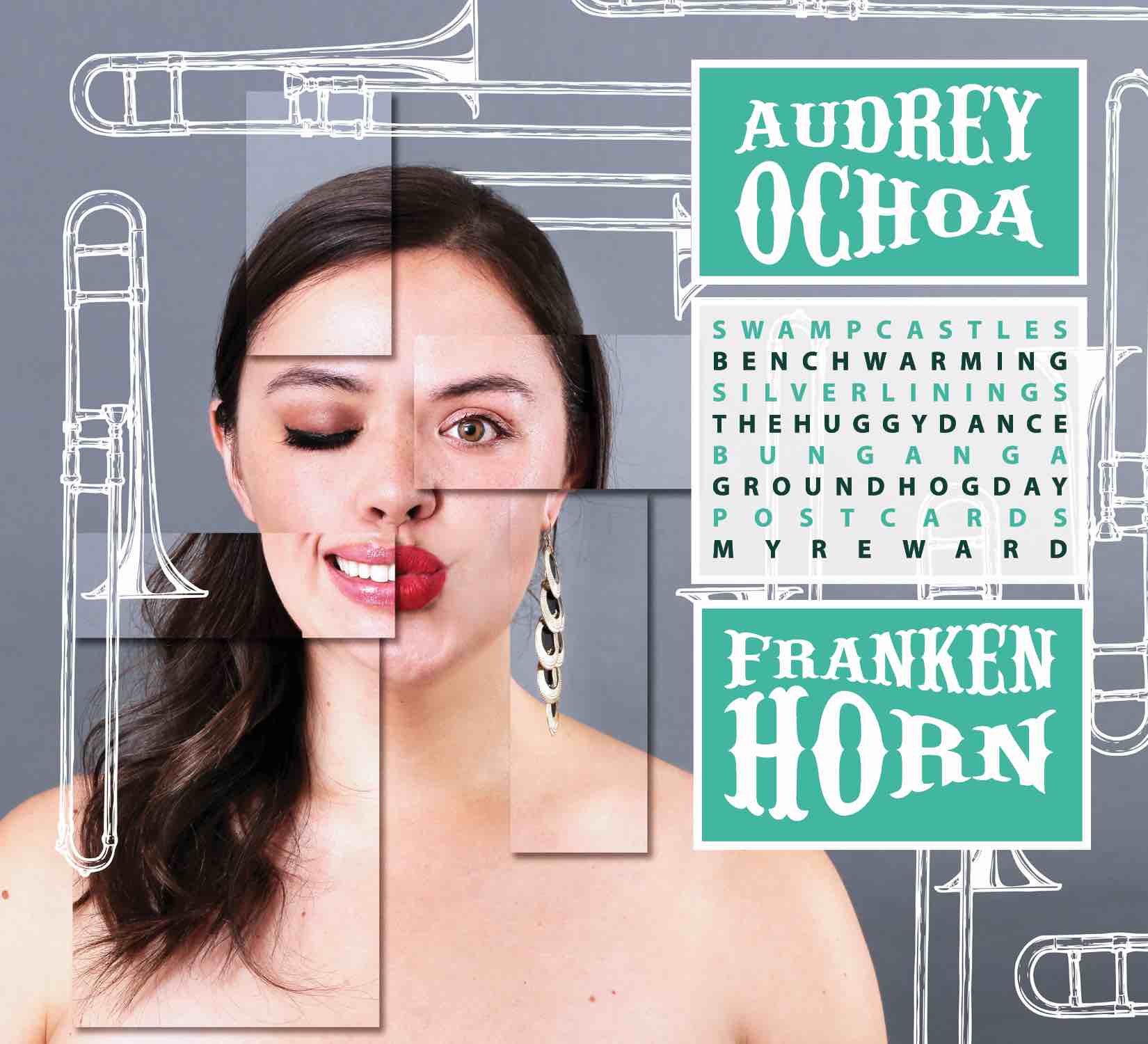 The transformation of nostalgia is both innovative and intricate, a delicate balance of appealing to the old while tiptoeing at the forefront of the entirely cutting edge. Unbound by any predisposed ideals around genre or delivery, trombonist Audrey Ochoa has achieved the ideal: presenting meticulously influential compositions with a playful and liberated approach. Classically trained but with a voracious appetite for honing her craft in any genre, Ochoa has shared stages with Hilario Duran, PJ Perry, and Tommy Banks; and with international greats Lew Tebackin, Marcus Miller, Chris Potter and the UNT One O’Clock Lab Band. A rising star in her own right and a fixture of the Canadian music scene, she is decidedly captivating and original, and her compositional skill and talent on her instrument is spectacular. “…here shows a musician with endless confidence and skill, with varying moods and tempi within a trio that is always in sync.” – (Keith Black, Winnipeg Free Press)

Her debut album, “Trombone and Other Delights” (2013) , was widely acclaimed and spent 3 consecutive weeks as the number one Jazz album on the Earshot charts. Ochoa’s sophomore release, “Afterthought” (2017), is an extension of her consummate understanding of arrangement and dedication to her craft – leading to a No. 1 position on the Canadian jazz charts and breaking top 20 in the U.S. She is a decorated award nominee, having earned recognition at the Western Canadian Music Awards, the Global Music Awards and a recent recipient of the Edmonton Music Prize, noting an outstanding musical contribution to the local arts scene.

With significant education, performances and momentum amassed, Ochoa’s next recorded efforts were originally intended to feature duets with pianist Chris Andrew – which would be remixed by electronica DJ, Battery Poacher. As pre-production progressed, she found herself utilizing skills from other projects and arranging strings with horns and a rhythm section. The result is an ambitious project that introduces strings into her previous configuration of trombone, piano, bass and drums, a mix of chamber music with contemporary and Latin jazz. Focused on unique arrangements and undisputed inspirations, the album features electronic remixes alongside this harmonious combination of genres and ideals.

Exhilarating and exuberant, Audrey Ochoa exemplifies an artist who has dedicated herself to expertise while remaining relevant and light-hearted. With a magnificent and fresh-faced approach, she defies categorization and plants her flag firmly as a centrepiece of the Canadian music arena.