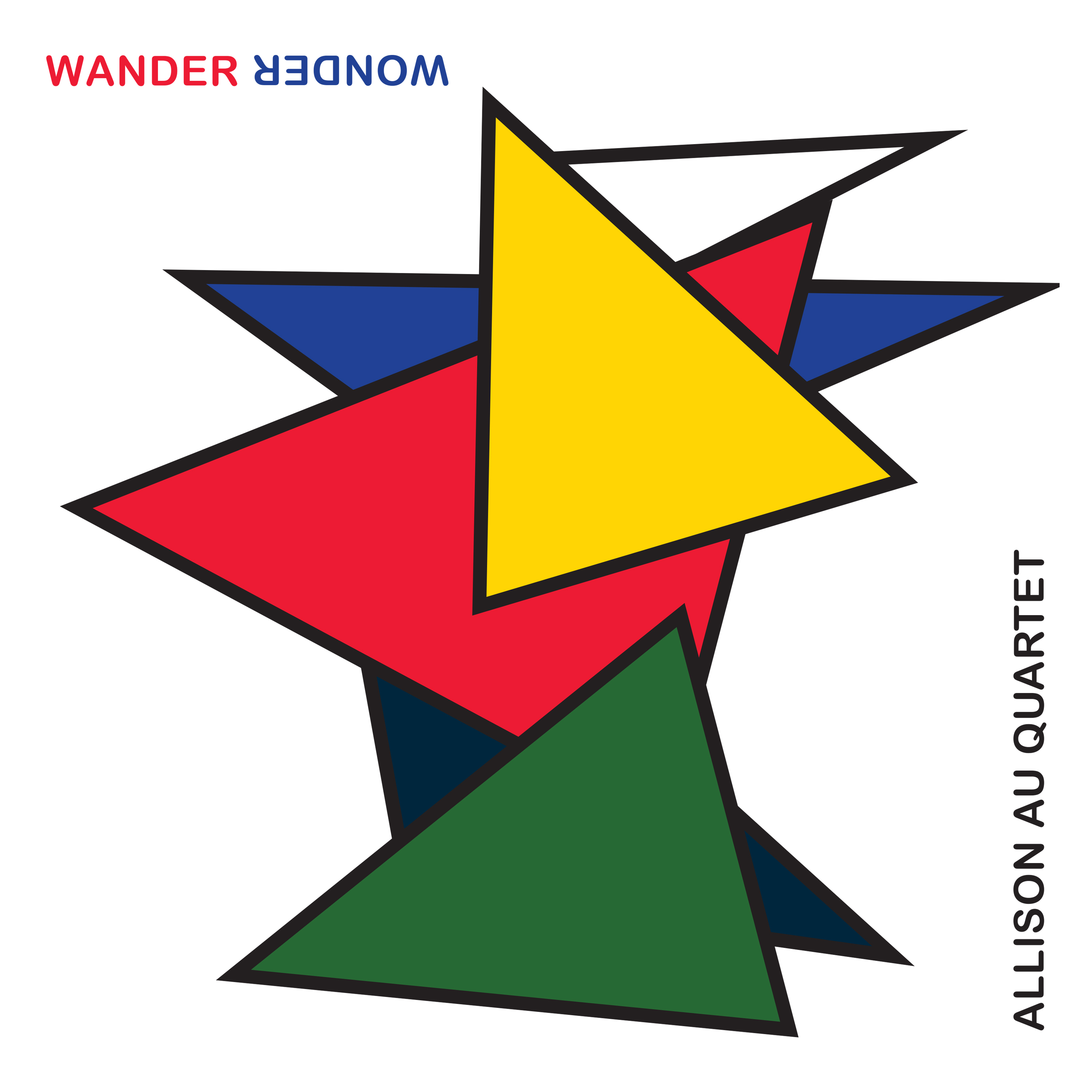 Following on the heels of the 2016 JUNO Award win for ‘Best Jazz Album of the Year: Group’ for Forest Grove, The Allison Au Quartet releases a highly anticipated third studio album Wander Wonder.

The culmination of an incredibly busy 2017 that saw the ensemble scoop up both the 2017 TD Grand Prix de Jazz (Festival International de Jazz de Montréal) and the 2017 Sting Ray Rising Star Award (Halifax Jazz Festival), Wander Wonder highlights Au’s maturation as a composer while continuing to showcase the strengths of her long time musical collaborators.

Wander Wonder opens with ‘The Valley,’ a lush sonic amuse-bouche that features keyboardist Todd Pentney front and center on the Prophet Rev2 while the other band mates attentively weave in and out of the background. The following track, ‘Future Self,’ begins with a hypnotic vamp that eventually blossoms into Au’s angular melodic statements on the saxophone. ‘The Rest Is Up To You’ is an amalgamation of influences; a sort of Wayne Shorter-esque composition that also draws much inspiration from Brazilian pop music of the ‘70s. ‘Looking Up’ showcases some of Au’s strongest penmanship as a composer as it highlights the ensemble’s ability to transition seamlessly between rich contrasting sections. The pensive ballad, ‘Morning,’ establishes an atmosphere of repose and calm as the instruments are slowly, yet thoughtfully layered in. The album continues with ‘The Lie That Saves Us All’, a contemporary swing tune of changing meter and harmonic textures. ‘Red Herring’ emerges as an exploration of asymmetric melodies and equally jagged counter parts deftly executed by the rhythm section. ‘Grounds’ serves as an eloquent interlude to the robust exposition ‘Force Majeure’ that showcases Ragnelli’s apt drumming sensibility in a concluding solo. ‘A Trick of the Moonlight’ is a fitting finale; a introspective ballad that draws inspiration from a novel by British author Zadie Smith.