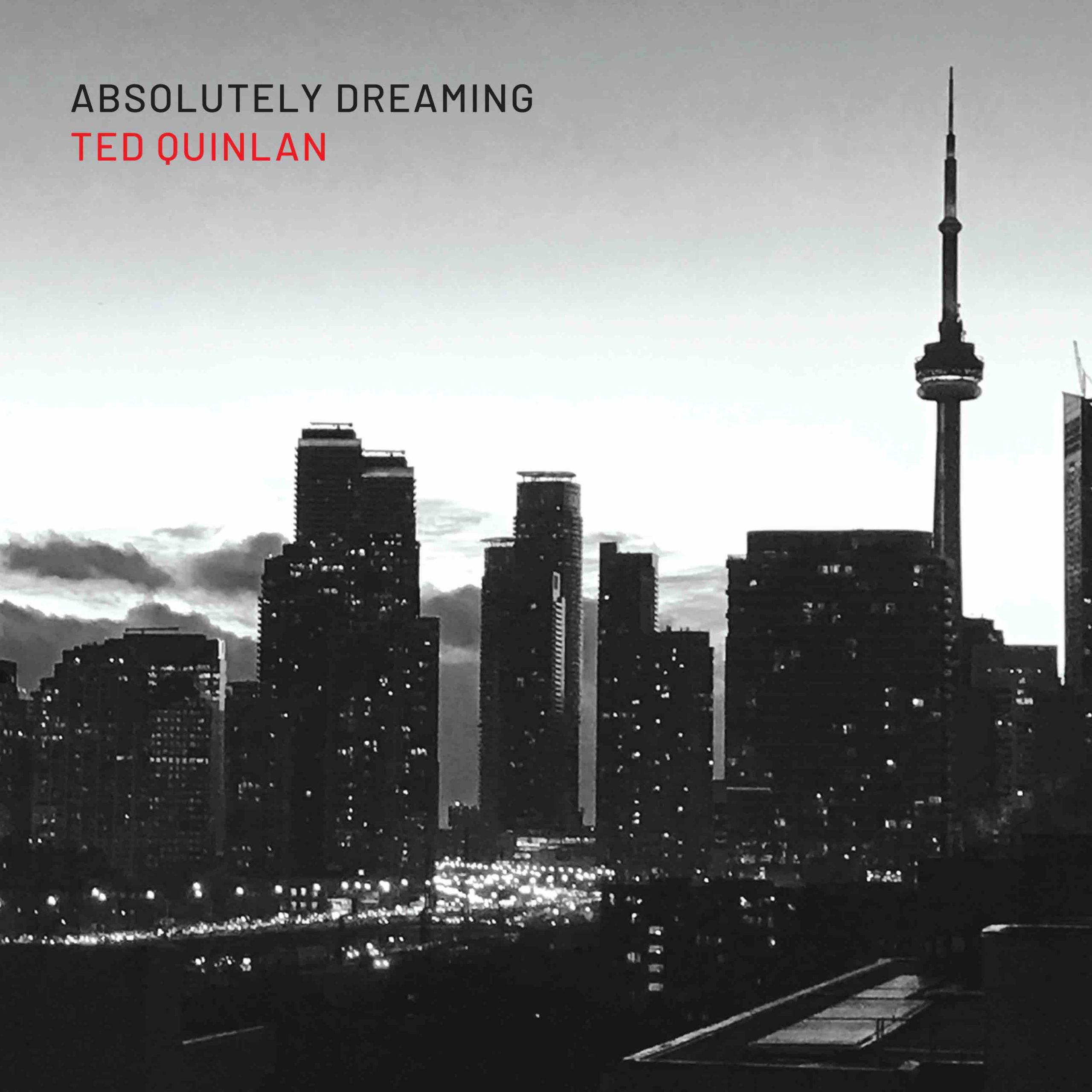 Absolutely Dreaming is the latest release from Toronto jazz guitarist Ted Quinlan. Quinlan, a veteran of the Canadian jazz scene, combines his deep roots in the tradition with an adventurous spirit and an eclectic point of view. He is joined by his longtime musical cohorts, pianist Brian Dickinson, bassist Kieran Overs, and drummer Ted Warren, each of whom brings a wealth of experience to the project, along with a shared affinity for exploring new territory.

The album’s nine original compositions exemplify the range of expression found in contemporary jazz. Many songs are inspired by Quinlan’s love of travel; Cheticampis named for the beautiful Cape Breton town; Babylon captures the spirit of a Long Island seaside community that became a regular destination during driving trips from New York City; the title La Bionda comes from the name of a Berlin restaurant that served as refuge during a powerful summer thunderstorm.

Melody and groove propel the tracks, and provide a basis for the bands’ prodigious improvisational skills. While the concept of the “tune” still reigns supreme, the forms are challenging and unpredictable, and lead the band to surprising places.

Quinlan’s guitar, the group’s distinctive lead voice, draws from a variety of sounds, all of which have been crafted to the suit the spirit of each particular song. From the warm timbres of Building 8 and Twilight Sky, to the edgier tones of Not What It Seems and X Marks The Spot, this record is sure to intrigue fans of modern jazz guitar playing.

The title of the record, Absolutely Dreaming, alludes to the creative interplay one finds between the far reaches of the artistic imagination, and the discipline and precision required to venture out toward its fringes.