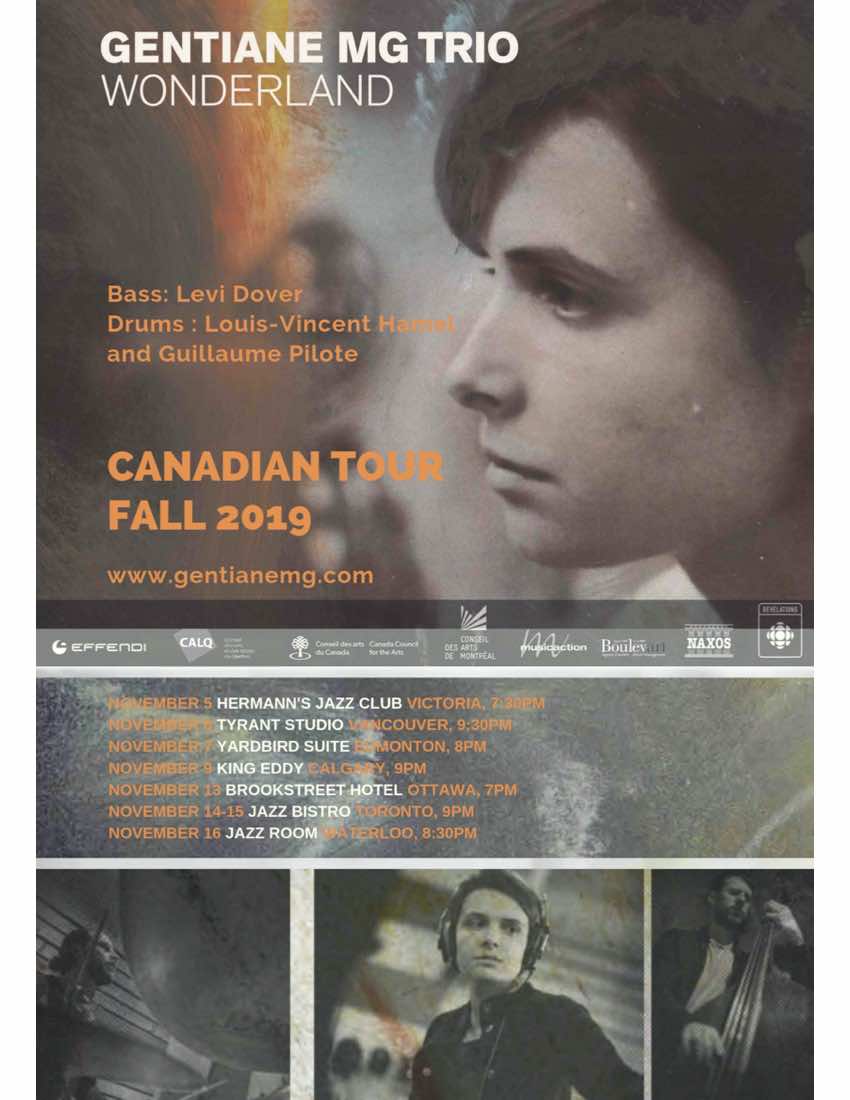 Gentiane MG (Michaud-Gagnon) studied several years at the Quebec Music Conservatory in Saguenay before pursuing superior studies in Jazz Performance at McGill University. While there, she had the opportunity to study with Jan Yarczyk, Rémi Bolduc, Andre White and internationally renowned pianist Jean-Michel Pilc.

Michaud-Gagnon has been active on the Canadian jazz scene for several years. She has performed alongside numerous renowned musicians such as Yannick Rieu, Jim Doxas, John Hollenbeck, Adrian Vedady, Frank Lozano, Andre White and Dave Laing. She has toured in Canada, China and in Mexico.

Following the release of her first trio recording entitled Eternal Cycle, she received the CBC/Radio-Canada Jazz Award 2018-2019 and the Prix François-Marcaurelle de la Guilde des Musiciens du Québec. This album was also classified among 10 best Canadian jazz recordings of 2017 by CBC Music. Her trio will release their second album, Wonderland, in May 2019 and will be touring Canada in the fall of 2019.