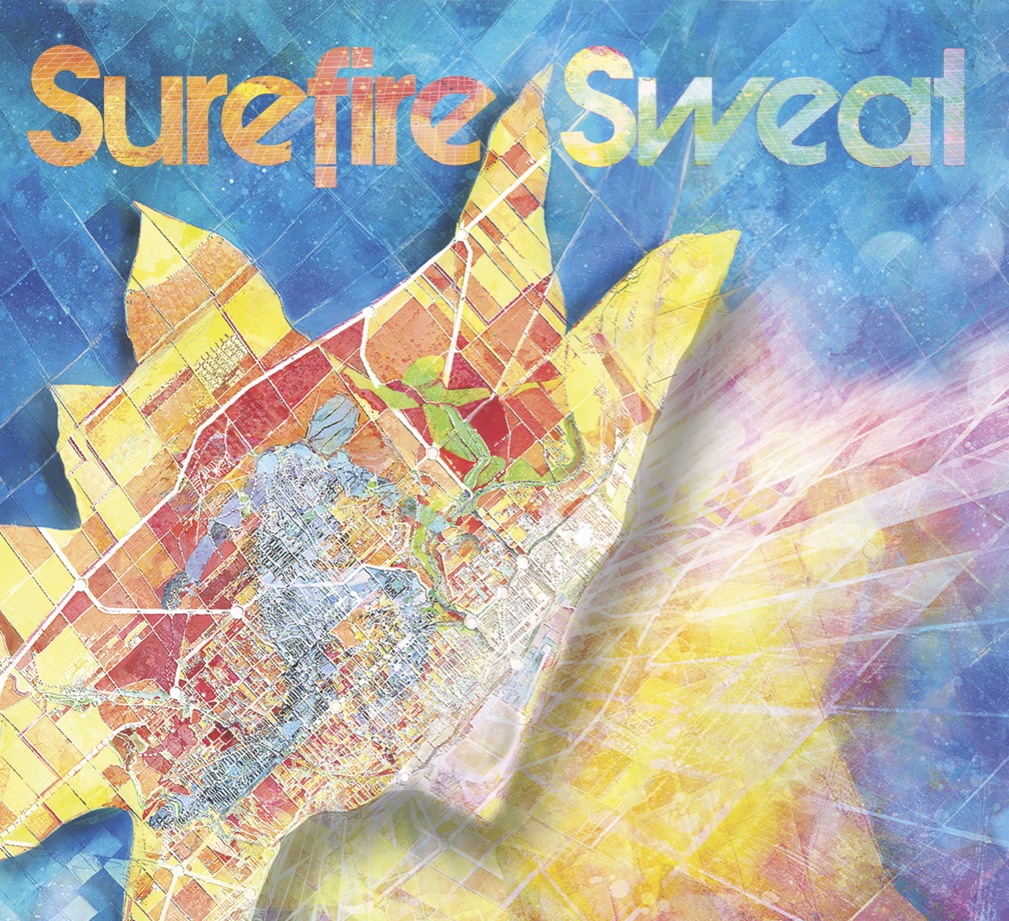 Surefire Sweat’s self-titled debut features eight original works by Juno-nominated and first time band-leader, Larry Graves (Mr. Something Something, DRUMHAND). The music is primarily instrumental and driven by a narrative: each piece is an emotive journey, offering real time reflections on the nature of the human condition.

The influence of many great musicians can be heard throughout the record: the slinky “lover’s quarrel,” Scoffle Strut evokes the sound of guitarist John Scofield’s funk driven bands from the 1990’s, while the driving dance-floor surprise Number Nine brings to mind the inventive rhythms of Nigerian drum legend Tony Allen.

The music had been in the works for years, but the daunting feat of organizing and rehearsing a new band was a Surefire way to cause a new father and working musician like Graves to Sweat a little. In 2017, the muse breathed life back in to the project, and Graves reached out to a multi-generational roster of Toronto’s finest musicians to help him realize his unique take on jazz, funk and world rhythms.