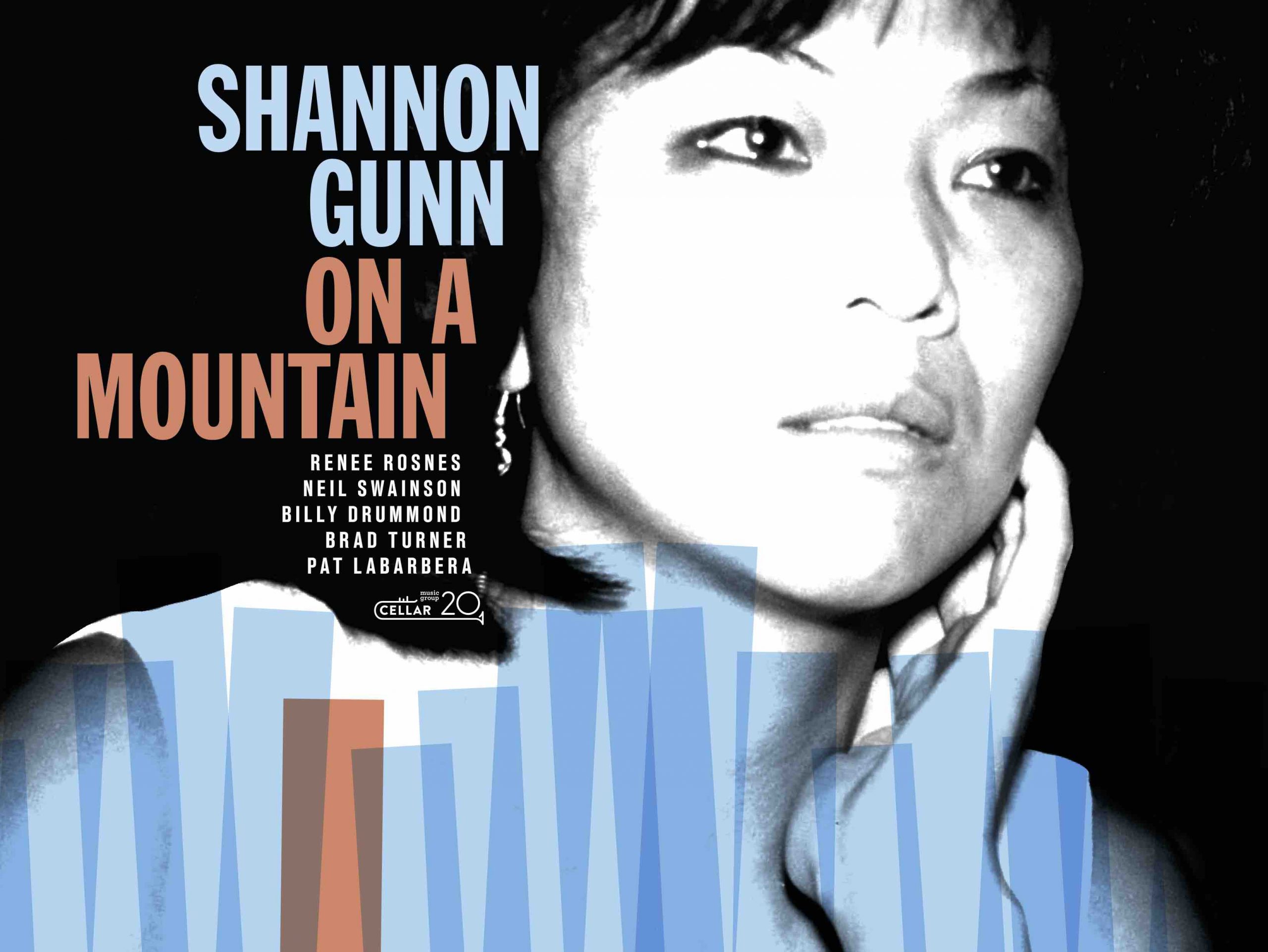 On July 31st 2020, the world lost a brilliant vocalist and composer. Shannon Gunn had been a fixture on the Canadian jazz scene for decades up until her untimely passing. Her reputation as a musician’s musician ensured a particular kind of reverence from her fans, fellow artists and several generations of students. Although her work was well known to her enthusiastic live audiences, she had never released an album of her own. On A Mountain, recorded in 2002, should go a long way toward filling this gap and allowing the world to get a rare glimpse of this compelling artist at the top of her form.

Shannon grew up in Vancouver where she studied classical piano. As her musical direction shifted to jazz she developed a successful singing career in Western Canada. She subsequently moved to Toronto where she drew the attention of many of that city’s top musicians. Shannon’s work as an educator had always paralleled her performing career. She was as gifted a teacher as she was a singer and made a huge impact on the many students who crossed her path in both cities.

Shannon’s singing demonstrated incredible facility and expressiveness, as well as a deep awareness of the musical interplay in a band. She honed a highly personal style that hearkened to the great jazz singers yet was unquestionably her own. Renee Rosnes, who served as pianist and producer for this recording, comments, “Shannon had a vulnerability that came through in her singing which translated to an emotional, truthful rendering of the lyric.”

The choice of material and musicians are a reflection of Shannon’s impeccable taste and high standards. Rosnes brought a wealth of experience and a long association with the singer: “My friendship with Shannon goes back to my late teens when we both lived in Vancouver. We shared many memories together on and off the stage. She was smart, talented, beautiful, humble, empathetic and genuine: a person who communicated from her heart with no pretense.”

Along with Rosnes, this this group contains many of the world’s top jazz musicians, all of whom were ideally suited to communicating Shannon’s vision. Swainson says, “Those qualities of empathy, honesty and courage were all there in her music. She was a fantastic musician.” Adds Turner, “I always loved playing gigs with Shannon because she would always have new material, beautiful, sometimes complex arrangements.”