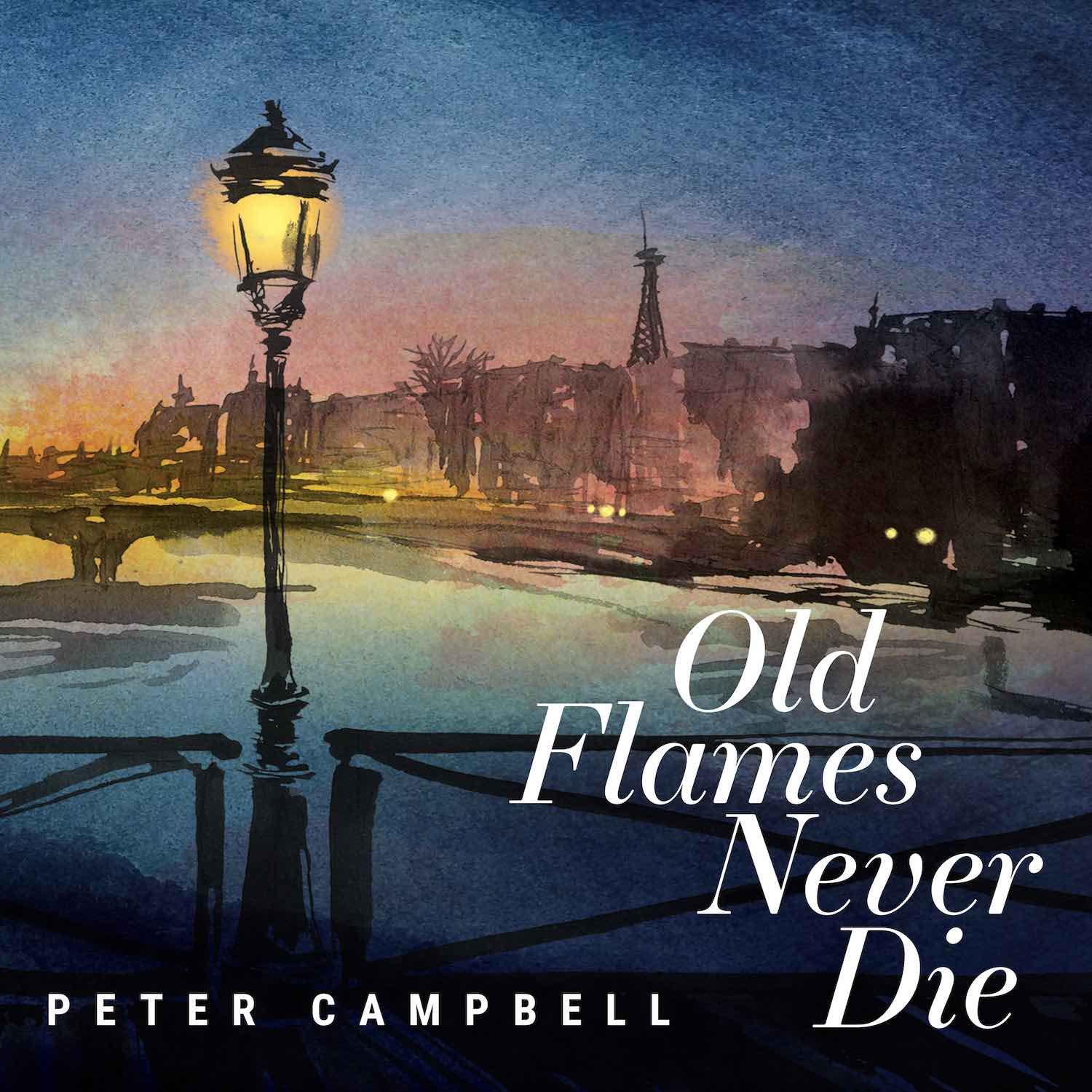 Beginning a musical relationship with pianist Adrean Farrugia in late 2017, Peter sought to explore an expanded sonic palette on this recording while incorporating elements from pop, jazz and folk music. It was, in fact, Farrugia’s earlier arrangement and recording of Joni Mitchell’s “Both Sides Now” that inspired Peter to include the standard.

Repertoire was selected not only for its melodic and dramatic appeal to Peter as an interpreter but also with the talents of each individual musician on the recording in mind. Recurring themes and images revealed themselves through the process of song selection, rehearsal and performance. From more traditional work by Irving Berlin and Ira Gershwin to contemporary material by Fred Hersch and Jimmy Webb, Old Flames Never Die presents a collection of nocturnal meditations on the nature of love, loss and resolution.