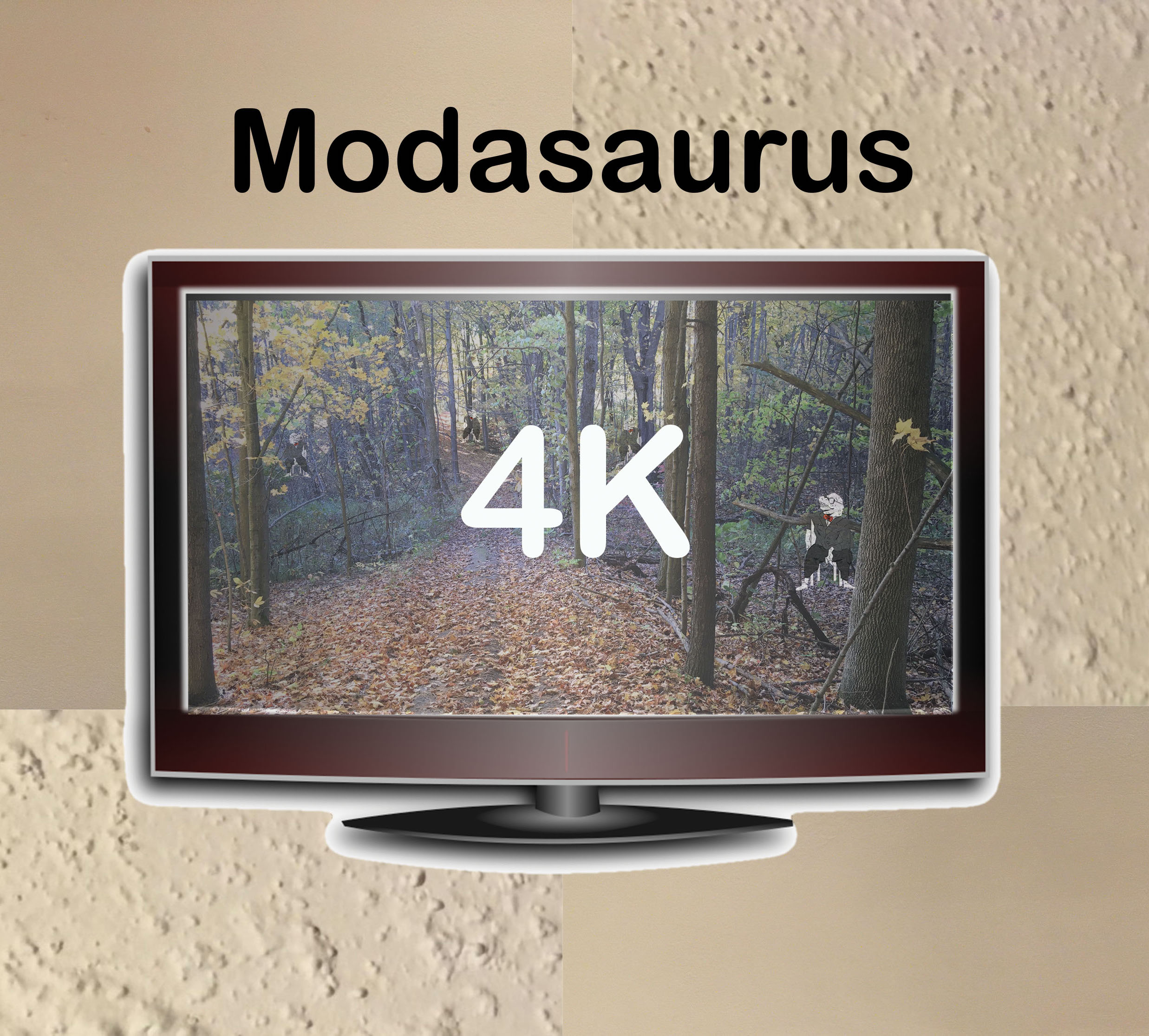 The jazz-fusion quartet Modasaurus formed in early 2016 when Carleton University professor/pianist/composer/theorist James McGowan joined together with the HML trio: Jamie Holmes, Alex Moxon, Jean-Philippe (JP) Lapensee, all former students of his and now some of the busiest musicians and educators in Ottawa, Canada.

With the name “Modasaurus,” they combine the fun yet imposing dinosaur name with “mode,” which is crucial to jazz-fusion music in its rich tonalities and sonic palettes. A second meaning – that of a style or fashion – is relevant here as well: the Modasaurus sound is a fusion of a wide range of styles, such as the Celtic-jazz fusion in “Crazy Ceilidh” and Middle-Eastern jazz in “Khaleegy.” “Hey Bud!” and “Seen my Jawa?” are Rhumba- and Samba-inspired, while “Chaconne and Fugue” integrates classical form and technique with jazz and rock styles. Completing the album are two pieces that inspired the graphic design for this album, the jazz waltz “Winding Way” and “The Four Kids” (4K), which set the playful tone of the album.

The pieces feature considerable interaction among the four musicians, both in the album’s through composed passages and more highly improvisatory sections. These performances are collaborative and engaging, written to be enjoyed in the moment, while still encouraging repeated critical listening.