Manteca – The Twelfth of Never 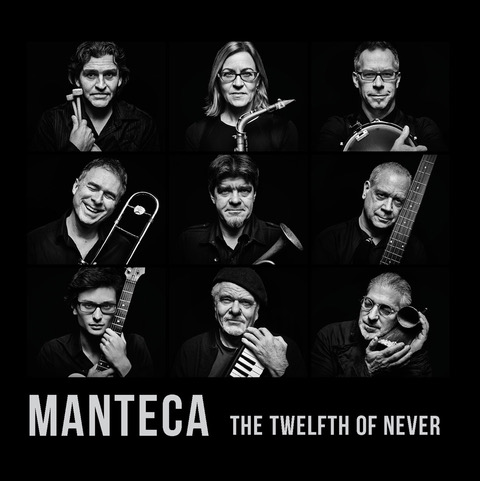 Manteca – The Twelfth of Never

Forty-one years after their first downbeat, Manteca – the Toronto based world-jazz nonet – is very much upbeat, still creating, still exploring, and still a force of joyous sonic invention. If you think you know their music, this CD will come as a big surprise.

After attending a pre-release listening session, Laurie Brown (host of Pondercast and CBC Radio’s “The Signal“ ) said: “there’s a seismic emotional shift in the music. The Twelfth of Never is cinematic, introspective, atmospheric and moody – mysterious even. The playing is exceptional and the sound is remarkable.”

The Twelfth of Never is by turns tender and cutting – a tour de force by one of Canada’s most storied bands.