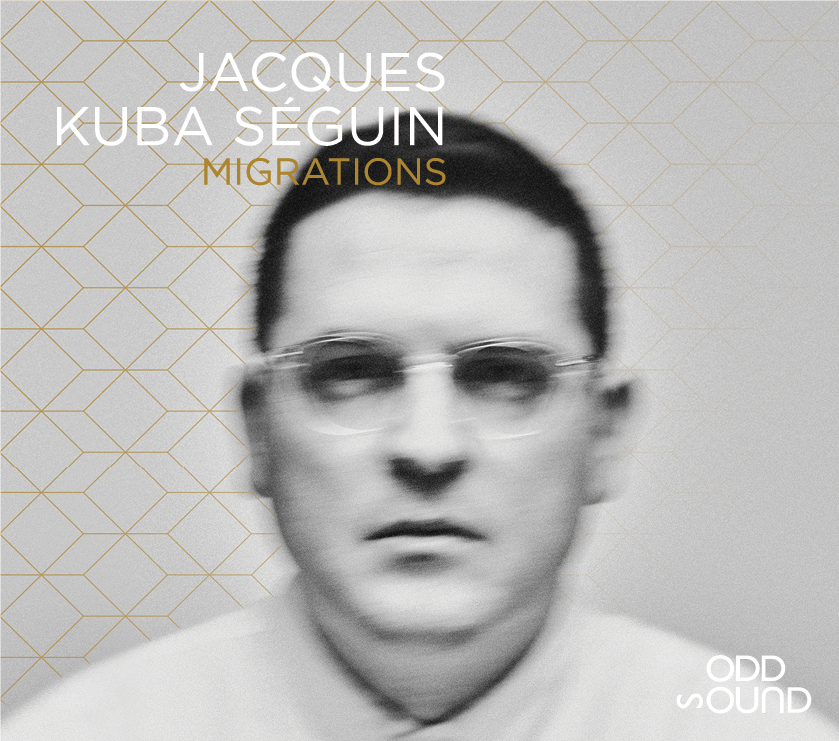 Announcing Migrations, the exciting new album from the multi-talented trumpeter, Jacques Kuba Séguin, one of Montreal’s most adventurous musicians.

Migrations is a collection of compositions based on interviews with people from various cultural communities in Quebec, Canada. Séguin’s music is cinematic, direct, and dynamic. It encourages an openness to others, something that is built into the history of the artistic medium Séquin loves best: jazz music.

This new project is born of a desire to return to a more classic form of jazz. Séguin has gathered a group of experienced, like-minded musicians, each with a strong voice to add to the musical dialogue. Migrations represents a form of jazz that will sound familiar to listeners, but also brings with it a renewed, free, personal, and uniquely emotional approach to the storied genre.

A winner of the 2012-13 Radio-Canada Revelations prize, Séguin is more and more present on the Quebec stage. In 2015, he was nominated for two ADISQ awards: best arranger and jazz album of the year for L’élévation du point de chute and, in 2016, for Litania Projekt with the Quatuor Bozzini in the same two categories. In 2015, he was nominated for a Prix Opus for jazz album of the year and for jazz and world music concert of the year for his 2014 Montreal International Jazz Festival show.

An engaging showman, Séguin is widely recognized as one of the most brilliant Canadian trumpeters of his generation. Migrations is sure to solidify his sterling musical reputation.