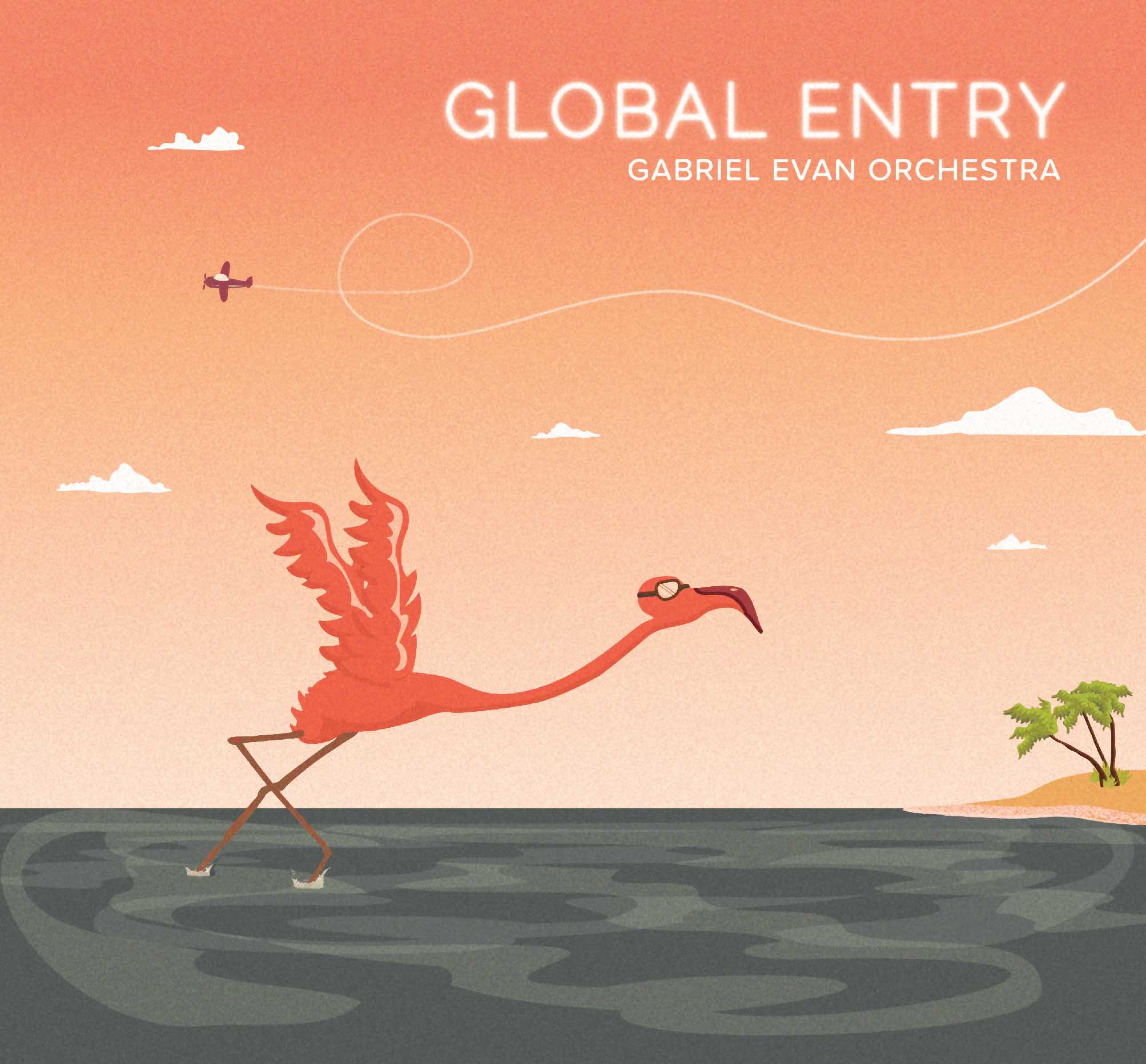 New York saxophonist Gabriel Evan’s sophomore album Global Entry is a playful, skillful exploration of pre-war jazz, early chamber jazz, and bug music. Inspired by the classical-tinged sound of the John Kirby Sextet – one of the most celebrated bands on 52nd St. in the 1930’s – the Gabriel Evan Orchestra takes you on musical trip around the world. While bringing a fresh spin on traditional jazz classics, incorporating 1930s Cuban music and even mid-century exotica, Global Entry maintains the Kirby tradition of arranging classical music for jazz band.

A carefully constructed arrangement of Tchaikovsky’s Waltz of the Flowers opens the record, paying homage to the arranging style of trumpeter Charlie Shavers, reimagining the languid waltz into a fun, hot swing number, suitable for a Looney Tunes Nutcracker tribute. As a matter of fact, most of this record is suitable cartoon accompaniment – so much so, that GEO’s first two singles, Rumba Azul and Arabian Nightmare are released as cartoon music videos (Waikiki Wabbit [1943] & Chicken a la King [1937] respectively). Both Rumba Azul and album closer  Rumba Tambah are timeless classics from the Lecuona Cuban Boys, one of the most famous early Caribbean ensembles.

Arabian Nightmare – one of three Charlie Shavers arrangements on the record – is a brilliant take on Rimsky-Korsakov’s Scheherazade, echoing the haunting Dorian theme of the classic work before springing into swing. Drink to Me Only with Thine Eyes is a hip pre-bop arrangement of a 1616 classic by English playwright Ben Jonson. Effervescent Blues, a Shavers original, is a slow swinger with standout solos from Joe Goldberg (clar.), John Zarsky (tmp.) and “Big” Joe Kennedy (p), before a horn soli brings it on home.