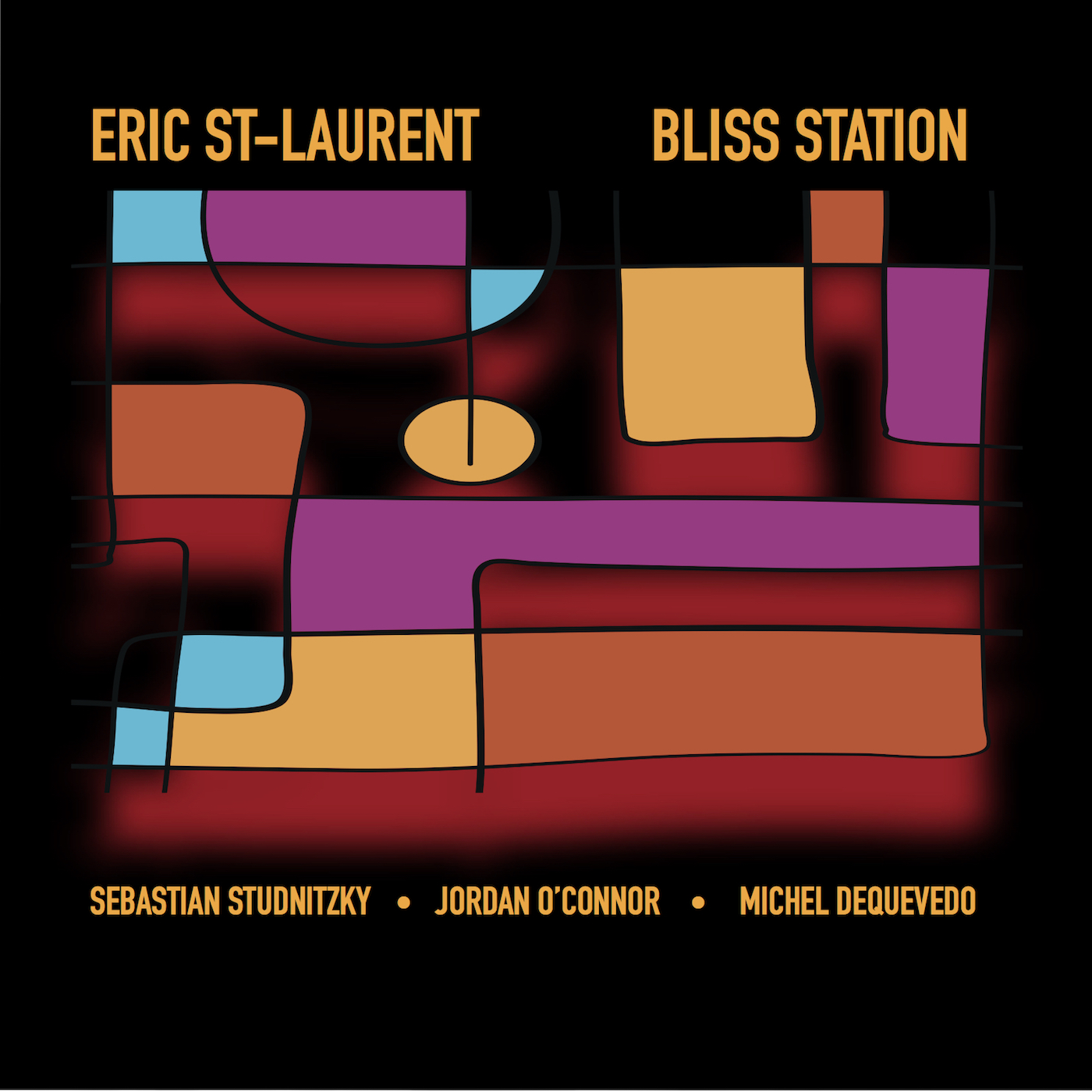 The philosopher Joseph Campbell wrote extensively about “following one’s bliss.” These influential writings form the conceptual basis for Bliss Station, the 13th album of original music by Toronto-based guitarist and composer Eric St-Laurent. With plenty of time set aside to write, undisturbed by the fast pace of our ever-changing world, the creation, editing, and mixing of this album took place over several months in Berlin and Toronto. Every step of the production was slow, relaxed, and deliberate.

St-Laurent conceived this set of music with his  long-time friend Sebastian Studnitzky in mind. The Berlin-based trumpeter’s soft, reflective tone lends an introspective quality to the recording. The fiery rhythm section of Michel DeQuevedo (percussion) and Jordan O’Connor (bass) provides a muscular counterpoint, while St-Laurent’s post-Benson approach to the guitar supplies the blues.

Born and raised in Montreal, St-Laurent studied improvisation in New York before moving to Berlin, where he toured with both big and small names in the German and Scandinavian music scenes. Since returning to Canada, he has been leading his own band, recording and touring extensively throughout Europe and Canada.